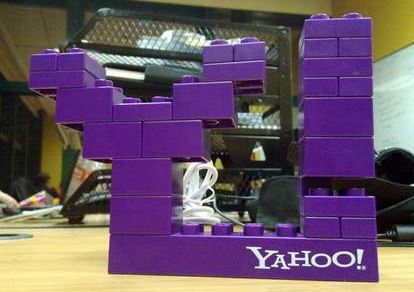 In a series of moves that indicate Yahoo simply wants to bury the last few years of sinking revenue, layoffs, lack of innovation and massive security embarrassments, the once-proud internet services pioneer said Jan. 9 that it is going to cut loose its CEO and its co-founder and change its name as soon as possible.

Those are, indeed, sweeping changes for any organization. The corporate changes were included in an 8-K Securities and Exchange Commission filing Jan. 9.

Chief executive Marissa Mayer, co-founder David Filo and four other board members that include former chair Maynard Webb, plan to resign when the Sunnyvale, Calif.-based company completes its $4.8 billion sale to Verizon, announced last July 24. Co-founder Jerry Yang, a classmate of Filo’s at Stanford in the early ’90s, cut all ties with the company five years ago this month.

Eric Brandt, a relatively new member of Yahoo’s 11-person board, was named chairman.

Yahoo said that it has created a new business entity called Altaba to identify the company’s assets from now on. Verizon will retain the name Yahoo after the acquisition, which when announced last year was intended to close early this year. It isn’t known how the company will use the name in the future.

Perhaps it is only coincidence that Altaba sounds similar to the name of Yahoo’s biggest asset: a $30 billion stake in highly successful Chinese e-commerce website Alibaba, a lucrative investment deal Yang engineered more than 11 years ago.

Mayer was recruited from Google to reinvent Yahoo in July 2012. Her strategy included trying to establish the company as a go-to platform for mobile apps, hiring high-priced news anchor Katie Couric and acquiring money-losing blog site Tumblr. None of those initiatives worked during her 4.5-year tenure.

Also on her watch, Yahoo has been scourged by huge and crippling security breaches that have compromised personal information of more than 1 billion users. Through it all, however, Yahoo has remained among the world’s favorite home pages for multiple millions of users.

There was no indication Jan. 10 as to whether Mayer will remain at Altaba in another job. There won’t be much for her to do because Altaba’s value is comprised mostly of Yahoo’s Alibaba investment, which will likely be sold off over time.

“It’s not unusual to see post-acquisition leadership moves or rebranding exercises, but the reported changes coming to Yahoo suggest that new owner Verizon wants to shut down and hide away the Marissa Mayer era asap,” Pund-IT principal analyst Charles King told eWEEK. “That’s hardly surprising, given the surprise news about years-old breaches of 1 billion-plus users’ data–a point that resulted in Verizon threatening to walk away from the deal.

“But the immediate departure of Mayer and three other BoD members, along with the decision to change the company’s name to ‘Altaba,’ suggests that Verizon believes Yahoo is irreparably tainted. While I’m sure shareholders are mostly relieved that the deal went through, it’s a sad ending for what was once one of the IT industry’s most stellar brands.”

Rob Enderle of Enderle Group reminded eWEEK that the acquisition is not yet a done deal.

“Verizon could still back out of the deal. I wondered about the name change, but given Verizon will likely use the Yahoo name and Altaba is a holding company they could call it Bob and it wouldn’t make much difference,” Enderle said.

“But if the Verizon deal falls through, they (Yahoo) are pretty much screwed, which gives Verizon a lot of leverage if they want to renegotiate the deal. Not sure they had much choice though given the breaches.

“You really have to work pretty hard to screw up a company that was, at one time, on the cutting edge of the internet wave, which hasn’t died out, and wipe out almost all of its value.”