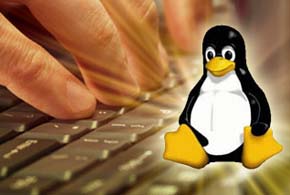 The move toward a services-based approach for all IT is taking another step today with the launch of the CoreOS Managed Linux operating system as a service offering.

CoreOS is an open-source Linux startup that has been developing a Docker container-based virtualization platform since August 2013. CoreOS first released a beta of its platform in May and is now announcing the first commercially supported release.

In addition to the product release, CoreOS today also is officially announcing its Series A round of financing, bringing in $8 million.

The CoreOS commercial Managed Linux product is being branded by the company as the world’s first operating system as a service. Alex Polvi, CEO of CoreOS, told eWEEK that his company’s service is different from those of other vendors because it continuously delivers patches and updates to an enterprise’s servers.

“We like to say that it is the last migration you will ever need, as other providers make you migrate to the new Linux every few years,” Polvi said. “With CoreOS, we deliver the newest Linux versions to you automatically.”

The operating system as a service model eliminates the life cycle issues that other Linux distributions have, Polvi said. He noted that CoreOS is always up to date and on the latest version, meaning that enterprises get long-term support by just being on CoreOS.

One of the ways that CoreOS provides update visibility to its commercial Managed Linux customers is with a feature called CoreUpdate.

“CoreUpdate is a new product we are announcing that provides a dashboard for full control of rolling updates,” Polvi said.

Going a level deeper into the technology is the FastPatch feature, which enables automatic updates on a running system. The idea of patching a running Linux system is not a new one, with several competing technologies, including Red Hat’s kpatch, Oracle’s kSplice and SUSE’s kgraft, all trying to solve the challenge.

“FastPatch is our name for the automatic updates itself,” Polvi explained. “It is different than kSplice and friends in that we update the entire OS and not just the kernel when we deploy an update.”

In addition to the rolling update ability, CoreOS deeply integrates with the open-source Docker container virtualization technology. Docker recently reached its 1.0 release in a bid to disrupt the enterprise virtualization market. With Docker, a single host operating system is able to serve multiple virtual application containers. In contrast, with the traditional hypervisor-based approach used by VMware’s ESX, a separate operating system is needed for each virtual machine guest.

From a pricing perspective, CoreOS is basing its commercial support on a monthly subscription, tiered on the number of servers that are deployed. Polvi said that CoreOS’ smallest plan is 10 servers, and its largest is 100,000 servers. Prices range between $100 and $250,000 per month.

“We have a lot of things in the works right now,” Polvi said. “Since we just raised our Series A, we are focused on shipping our products, so expect a lot of exciting things over the next few months.”