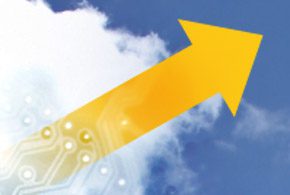 A little more than a decade into the public cloud era, the costs of cloud computing are still far from settling into predictable and repeatable patterns.

The reason is why cloud computing became popular in the first place. Users can free themselves from IT CAPEX—capital expenditures—which for even mid-sized businesses can result in millions of dollars of up-front costs for a data center refresh, staff salaries and yearly maintenance fees.

Costs for cloud-as-a-service come out of the OPEX budget—operating expenses—which allows companies to pay only for what they use. That model is very attractive, but things can get tricky, as spikes in demand for some cloud-based applications can get very expensive if users are not prepared. Reserved instances, which are paid for up front, as well as serverless computing, can further complicate matters.

The resulting battle between vendors over the costs of their services can be confusing. On the one hand, costs are going down. Providers like Amazon Web Services regularly lower prices for their services and Larry Ellison has stated that Oracle will not be beat on price by AWS.

But on the other hand, traditional vendors, which still own the lion’s share of workloads on-premises data centers, are walking a fine line between embracing the cloud and protecting their on premises business by stoking fears about the costs to use or move data into or out of the cloud.

For instance, Michael Dell raised a few eyebrows at the Dell EMC World conference when his keynote turned to the subject of the costs of public cloud computing vs. on premise. “Many customers have already told us that public cloud is twice as expensive as on premise,” said the CEO of Dell Technologies, “especially for a predictable portion of their workloads, which in many cases is roughly 90 percent.”

In another example, HPE CEO Meg Whitman recently compared the cloud to the “Hotel California,” referencing the renowned Eagles’ song that says “you can check out any time you like, but you can never leave.”

Some recent research bears this out. At the recent Code Conference, Kleiner Perkins analyst Mary Meeker presented survey data that shows data security and “uncertainty of cost and savings” in the cloud remain major concerns of IT managers, though less so than five years ago. Cloud “lock-in” is a concern for 22 percent of respondents, up from just 7 percent in 2012.

As a result, users are increasingly turning to the growing ecosystem of software and service providers, including CloudHealth, Cloudability and RightScale, whose primary task is to help them understand their cloud bill, regulate usage to avoid surprises and predict future costs.

“We help provide long-term trend data of what [users] are doing across different applications and then we help them project forward what they can expect to be using over time,” said Joe Kinsella, CTO of CloudHealth Technologies. “This allows them to do the computations that help them arrive at a rough approximation of what they will spend for a workload.”

It’s all about the workloads

The myth that needs busting amid the talk around cloud CAPEX vs. OPEX is that cost is not as important as it used to be when it comes to the cloud. The promise of lower costs brought customers to the cloud, but they are staying because of agility and operational efficiencies.

In addition, customers are getting smarter about cloud “all-in” strategies. Many applications, such as CRM, in the case of Salesforce.com, or email or document management, in the case of Microsoft’s Office 365, are tailor-made for the cloud. Other applications, which could be proprietary or constrained by data or compliance requirements, may be better suited to the on premises data center.

“There’s a steady trend downward [in cost] over time of the legacy workloads,” Kinsella said. “But we are also seeing a shift in more premium workloads. Where four years ago you weren’t seeing heavy use beyond compute and storage, today you are starting to see much heavier use of things like [AWS’s] DynamoDB and Redshift and Kinesis and different services that are higher up the application stack.”

Consultant Cloud Technology Partners recently launched a new set of managed services for AWS, including Continuous Cost Control for AWS. CTP Senior Vice President David Linthicum explains that as workloads get more complex so do the choices users have regarding where to run them.

“It’s like capacity planning that we had to do in the olden days; we are just doing it now in an environment where we don’t have to go through waves of hardware and software buying cycles,” he said.

“The instantaneous nature of the cloud provides the agility, benefits and ability to get at the resources that we need as we need it. But that can also get people into trouble because they are assuming they can go ahead and allocate those resources as they need it and therefore planning has a tendency to fall by the wayside,” Linthicum said.

Ultimately, large enterprises are going to get the upper hand and that’s because of something that is popular in the traditional on-premises world—volume discounts. “We are seeing aspects of that right now,” Linthicum said.

“That’s going to leave a lot of the SMBs out of the mix because they don’t have the same kind of economic might to play around with a cloud provider. That will affect pricing a little bit. The large enterprises will get a much greater discount than the traditional rank and file—less than $1 billion companies, which is the majority of users of cloud right now.”