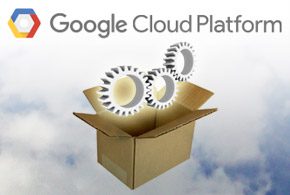 More enterprises have begun signing up for Google’s cloud services because of the company’s commitment to open source technologies along with its implementations of data analytics and machine learning, CEO Sundar Pichai said at parent Alphabet’s third-quarter earnings call Thursday.

Alphabet Oct. 26 announced better than expected net income of $6.7 billion on revenues of $27.8 billion for the quarter ended Sept. 30. That represented a 33 percent increase in income and 24 percent jump in revenue over the same quarter in 2016.

As usual, revenue from advertisements on Google’s online properties and on its vast network of ad partners drove a lot of the company’s momentum in the past quarter. Advertisement sales accounted for more than $24 billion of the $27.8 billion that Alphabet reported for the last quarter.

But, revenue from Google’s other business, most prominently cloud, hardware and Android app sales on the Play Store, grew substantially as well increasing from $2.4 billion in Q3 2016 to $3.4 billion in the third quarter achieving an increase of nearly 40 percent year over year.

“Customers tell us they are switching over to the Google Cloud Platform because of our prowess in data analytics and machine learning,” Pichai noted in comments during the earnings announcement.

Google’s commitment to security and on being an open platform with tools such as the Kubernetes container management technology for both cloud and hybrid environments have also been reasons for the increased enterprise interest, he said.

Pichai touted recent partnerships with Target and Walmart through which both retailers will sell their products through Google’s cloud service, and another one with Rolls Royce, as examples of the traction the company’s cloud services is gaining among big companies.

The growth in Google’s cloud business continues a trend from recent quarters. Though Google still lags far behind Amazon in terms of cloud market share worldwide, the company’s share growth is picking up speed. Much of that is the result of substantial investments Google has made in recent years to flesh out its cloud offerings and in getting them more enterprise ready.

During the past quarter for instance, the vast majority of the 2,495 new employees that Google added to its payroll was for the cloud business. CFO Ruth Porat described the new hires as mainly engineers and product managers hired to technical and sales role within Google’s cloud unit.

Google’s hardware business had a strong quarter as well Pichai said. He reiterated the company’s commitment to building its own hardware products and integrating AI capabilities into them. Google plans to launch its hardware products in more countries and build out its line of homegrown products such as its Pixel smartphones, Pichai said.

Meanwhile, Alphabet’s collection of moonshot projects, which the company has grouped under a category called ‘other bets,’ reported revenues of $302 million compared to $197 million a year ago.

Much of the revenues were from the Nest home automation business, the Verily life sciences unit and the Fiber high-speed Internet business, which Alphabet has been scaling down in recent months. Collectively, the other bets cost Alphabet $812 million in losses, but that is lower than the $861 million in operating losses from a year ago.