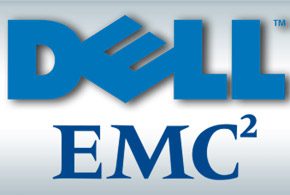 First unveiled at the inaugural Microsoft Ignite conference in 2015, Azure Stack is a software and converged hardware bundles offered by select server manufacturers. It provides infrastructure and platform as a service functionality, essentially enabling organizations to run their own private Azure clouds within their data centers.

Using the same management and development tools as the Azure public cloud, the product enables customers that are well-versed on Microsoft’s technology to establish private and hybrid cloud computing environments quickly and with relative ease.

During this September’s Microsoft Insight conference, Dell announced it had begun shipping its Dell EMC Cloud for Microsoft Azure Stack to early support customers. Now, the company is taking the wraps off a major upgrade powered by its new, high-performance 14th generation PowerEdge servers.

“Compared to the previous generations, they feature improved price for performance and increased capacity—supporting more than up to 2.5 times the workload density for typical workloads. This increase in capacity enables customers to support more workloads in less physical space,” a Dell EMC spokesperson told eWEEK in email remarks.

Buyers can expect more of practically everything (CPU cores, memory, Solid State Drive cache and hard drive capacity) by stepping up to the newer systems.

Although the SSD cache and hard drive capacities remain unchanged at 960GB and 4TB, respectively in the “Small” versions of the PowerEdge systems between generations 13 and 14, the number of CPU cores jumps to 24 from 20 and system memory grows to 384GB from 256GB. On the high-end, the “Large” 14th generation PowerEdge-based systems now pack 48 cores, 768GB of memory, 1,92TB of SSD cache and 10TB of hard drive storage.

Dell EMC will start taking orders on the new systems in November with shipments to begin in December. A full comparison of the systems is available in this available in this blog post from Paul Galjan, senior director of product management at Dell EMC Hybrid Cloud Solutions.

In terms of the types of workloads Dell EMC expects customers to run on its the systems, it runs the gamut. “Dell EMC’s Azure Stack platform is set to support all types of data and applications that would reside and benefit from a combination of public and private cloud,” according the company spokesperson told eWEEK.

Typically, customers are mid-market players, large enterprises and worldwide commercial entities “who have chosen to leverage Microsoft Azure as a significant part of their cloud strategy and have an affinity for Microsoft apps, development tools and operational talent,” the spokesperson said.

Demand is also being fueled by businesses that want to implement a hybrid cloud model that meets their application requirements as well as managed service providers (MSPs) that have enrolled in Microsoft’s Cloud OS Network partner program. Cloud OS Network provides Azure-based hosting services through participating MSPs, such as Lenovo and Rackspace.