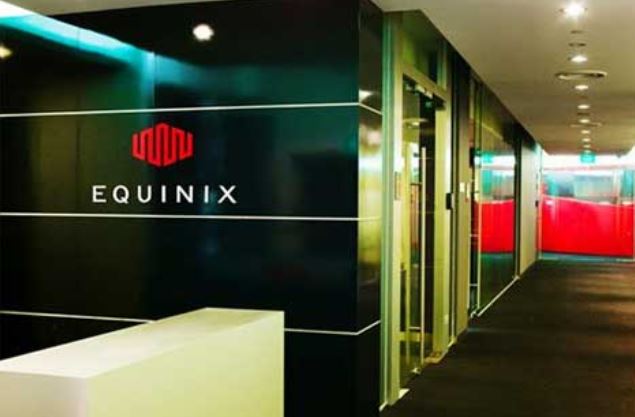 Data center services provider Equinix will soon be doing a lot of business in the Far East, and its new partner, Alibaba’s Aliyun, will be doing the same in the U.S.

The company signed an agreement earlier this month with Aliyun, the Alibaba Group Holding Limited’s cloud computing division, to provide direct access to Aliyun’s cloud platform via the Equinix Cloud Exchange in both Hong Kong and in Northern California.

The collaboration provides multinational, Chinese and North American enterprises with dedicated and secure access to the full suite of Aliyun’s cloud services, Equinix said. It could be the first of a series of new international, cross-cultural IT networking agreements to take place this year and next.

Alibaba made scads of headlines last September when it went public in the U.S. The Chinese online retailer’s $232 billion early valuation made it more valuable, on paper, than eBay (market cap $65 billion) and Amazon ($153 billion) combined.

Alibaba sells a ton of merchandise, but more than anything markets mobile devices, cloud services and mobile apps. It wants to sell in high volumes to small and midsize companies in the same way Amazon sells to consumers.

On the other hand, Equinix is in no way a household name, but it is nonetheless a growingly important cog in the new IT world. The Redwood City, Calif.-based global company enables more than 1,200 cloud vendors to do their things on the Web. It also helps cloud vendors attract enterprise customers by offering high-speed interconnection points between the public cloud and private infrastructure, something few providers do very well.

Key data points about the deal:

–In addition to the Aliyun cloud platform, Equinix will also offer direct access to additional cloud-based services from Aliyun, including SaaS-based applications.

–With some 1.4 million customers directly and indirectly through ISVs, Aliyun is the largest public cloud service provider in China and operates the country’s largest content delivery network. According to reseaarcher IDC, Aliyun maintains 23 percent of the IaaS market in China. The company is embarking on an international expansion to serve customers around the world.

Equinix runs about 100 data centers in 33 markets around the world. Cloud Exchanges are available in 21 markets globally.

The cloud-services market in Asia Pacific is growing rapidly, as one might surmise. In fact, according to Cisco’s annual cloud survey, by 2018 the region will generate the most cloud traffic (2.3 zettabytes annually), the equivalent to 38 percent compound annual growth rate (CAGR) from 2013 to 2017. By providing direct access to Aliyun’s suite of cloud services, Equinix and Aliyun expect to help speed cloud adoption in the Asia Pacific region.