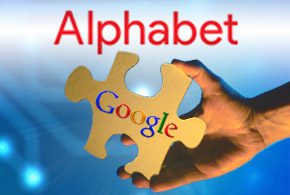 Profits at Google parent Alphabet, for the quarter ended June 30, dropped by nearly 28 percent compared to the same quarter last year as the result of the massive $2.7 billion fine imposed on the company in the European Union last in June.

Alphabet’s revenue numbers represented a 21 percent increase over last year and were better than Wall Street expectations for the quarter. Even so, shares of Google dropped by 3.24 percent to $966 in after-hours trading late Monday afternoon.

Also in keeping with trends over the last few quarters, the cost to Google of acquiring traffic jumped 28 percent year over year. At $5.1 billion, Google’s total acquisition costs—or the fees it paid to networks and websites that ran its ads last quarter—represented 22 percent of its overall ad revenues last quarter. The number was substantially higher than the $4.75 billion that analysts had expected the company to announce in acquisition costs for the last quarter.

Financial analysts consider traffic acquisition costs to be a vital metric because of the impact it can have on profitability. According to Alphabet and Google CFO Ruth Porat, Google’s acquisition costs are only likely to increase in the short term because of the shift to mobile-first advertising and the growing use of programmatic advertising—or automated ad placement by clients.

Meanwhile, revenues from Google’s other businesses, including hardware and cloud computing rose from just over $2.1 billion in 2016 to about $3.1 billion last quarter. In a conference call announcing the results, Porat attributed the growth in Google’s other businesses to large investments in areas such as cloud computing and strong performances by Google Play and hardware products such as Home.

Porat and Google CEO Sundar Pichai have previously described the cloud business as one of Google’s most important strategic priorities given the scale of opportunity within the sector and Google’s strengths within it.

Revenues from Alphabet’s ‘other bets’, the term the company uses to describe its motely collection of moonshot projects such as Verily, Nest and Calico Labs, rose more than 34 percent from $185 million in Q2 2016 to $248 million in the last quarter. Operational losses from these same ventures declined from $855 million to $772 million year-over-year.