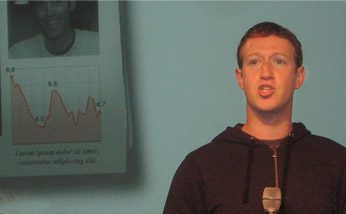 MENLO PARK, Calif.—Facebook is taking its most-utilized feature, News Feed, into the future by invoking newspaper- and magazine-style layouts of the past.

The social network on March 7 introduced several changes in its news app that include a more sophisticated layout, an option to separate items into specific-interest feeds, and a more consistent look and feel across different devices.

At the moment, Facebook’s native applications for Android and iOS devices look nothing like its Web app.

Basically, the new layout now allows for larger photos in the Newsfeed in addition to reversing out captions and placing them inside the borders of the photo or graphic. This is not anything new in itself, but it does freshen the look and feel of Facebook. It’s not unlike various “tables of contents” used in magazines.

The new layout for all devices also features a thin, black column on the left side containing users’ personal Facebook applications, groups, messages, events and others. The column automatically widens when touched. Navigation among all these personal places within Facebook is simplified as a result; previously, users had to go to their home pages first to select one of the above destinations.

‘Personalizing Your Own Newspaper’

“This is all about better ways to personalize your own ‘newspaper,'” CEO and co-founder Mark Zuckerberg told a standing-room-only audience of media people at Building 15 on the company campus.

“Sometimes the stories you want to tell your friends and those you want to tell publicly need to be different in emphasis, using photos and text. We think there’s a really important place for a personalized newspaper that can bring all these things together,” he said.

Same Look and Feel Across All Devices

With the new design, now Facebook has the same look and feel on mobile, tablet and Web. For example, the left-hand menu is accessible anywhere you go on Facebook. You also have a way to jump right to the top of News Feed whenever new stories come in.

“We’ll be rolling out the new design slowly over the coming weeks on Web and mobile,” tech lead Chris Struhar told reporters.

“If you’d like to get it early, visit www.facebook.com/newsfeed and add yourself to the waiting list. These design updates will be available on your iPhone and iPad in the coming weeks, and to Android soon after.”