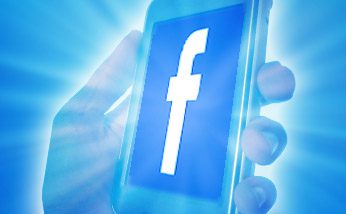 Facebook is changing. The social network, which now has more than 1.1 billion users worldwide, is not just a place where folks can “like” status updates or post pictures of their weekend getaways.

Facebook has officially become a full-fledged online and mobile business designed to dramatically improve the company’s standing among Web giants such as Google and Yahoo.

Facebook itself will acknowledge that its business is changing. The company has for the last several quarters been telling shareholders that it’s now heavily focused on mobile and will continue to be that way for the long term.

Furthermore, Facebook has said that it wants to take a more active role in the online world and establish itself as a competitor in search and the surfacing of content. In other words, Facebook understands it can’t stake its future growth strictly on social networking any longer.

Read on to find out about the many ways Facebook is changing its business:

If Facebook has proved anything over the last several months, it’s that mobile is central to the company’s ability to be successful. And Facebook has made a strong push in that direction with improved mobile apps and its own platform, Facebook Home. The social network is no longer just a Web-based giant.

2. Mobile ads are everything

Mobile ads mean everything to Facebook right now. In fact, the company announced that revenue was up a whopping 38 percent last quarter to $1.46 billion, thanks to mobile-ad sales. Mobile-ad sales now represent 30 percent of all of Facebook’s advertising revenue. If that doesn’t say something about its business model, what does?

It’s important to point out that the Facebook Home application platform is not just a way to enhance the social element on Android, but a way to actually take on Google’s software. Facebook wants to partner with hardware vendors and get Home running on as many products as possible. And in so doing, it’ll undercut Android and Google+ and become the centerpiece of the mobile experience.

4. It’s leaving the social-only focus behind

Facebook is no longer just about social networking. The company is in the photo-sharing business with Instagram, it’s a game-platform provider for developers, and it’s selling virtual goods to users. Facebook is really a marketplace. And it’s using its social network roots to help grow that marketplace.

Facebook is Moving Beyond Social for Future Growth: 10 Reasons Why

Facebook “like” buttons have always been found on Web pages, but now more than ever, the company is finding ways to get its tentacles into Web pages. In fact, Facebook is making it easier for developers to share their content on the social network and has installed a host of social features designed for its users to get more from Web pages. It’s an interesting tactic called Open Graph that could pay off over time.

Make no mistake: Facebook is using Microsoft as much as possible to grow its business. Years ago, Microsoft invested in Facebook, giving the software giant a partial say in the social network’s business. Facebook is supplementing its Graph Search feature with results from Microsoft’s Bing search engine. For now, Facebook needs Microsoft and is using the company for its own gain. But how much longer can that really last? We shall see.

Speaking of search, it might be a good time for Google to keep an eye on Facebook. The social network has installed a new search function in its Website that makes it much easier for folks to surface content from around the Web. Considering how much internal searching is done on Facebook, it should be interesting to see how the move might impact global searches on external sites.

8. An eye on messaging

Messaging is a key function for the vast majority of mobile users around the world. And thanks to its mobile applications and Web presence, messaging is made simple through Facebook. And simple messaging is what people want, according to a recent study, which found that more messages are being sent over third-party applications than through SMS. Messaging could be a key component in Facebook’s business model.

Another way Facebook has changed its stance in the online world is by buying up different companies. The biggest buy last year was photo-sharing site Instagram, which has quickly solidified its position as the most popular of all such services. Debate rages over whether Facebook should have paid so much for Instagram. It bought the company for $1 billion, and Facebook hasn’t found a way to effectively monetize the photo service. But those kinds of strategic acquisitions mean Facebook is thinking outside the box.

10. It’s now listening to other people

Until Facebook went public, the company knew one thing and one thing only: It could do what it wanted, when it wanted. But now that it’s a public company, it’s beholden to shareholders that might not always agree on its decision-making. That is what prompted Facebook to go mobile, and its status as a public company has to be factored into all future strategic decisions. As powerful and wealthy as CEO Mark Zuckerberg might be, don’t discount the power of shareholders.