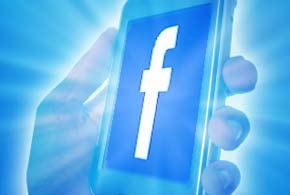 Facebook came out Feb. 3 with a strategic new app that it hopes will fire up new interest in the world’s largest social network that some people believe is losing a bit of steam after its first 10 years.

Facebook Paper, as it is called, is a second-generation news aggregator for iPhones that will become the newest direct competitor to such already-popular apps as Pulse and Flipboard on tablets and smartphones.

Paper is available now for free download at the Apple App Store for iPhones or from the Facebook Website and is expected to become available soon in the Google Play store for Android devices.

The Menlo Park, Calif.-based social network made the app available on the eve of the company’s 10th anniversary. CEO and co-founder Mark Zuckerberg started the company in his Harvard dorm room on Feb. 4, 2004.

By supplying a legitimate real-time news stream that mixes posts from personal friends with news services on the front of smartphones, Paper, in fact, is a new version of Facebook. Choice is always a good thing for customers, and now Facebook users have another way in addition to its already highly popular mobile application to read information their devices collect for them.

With Facebook Paper, users will be able to do what they already do in the standard Facebook app for iPhone, except that there are no provisions for creating events, making lists or saving apps. The interface and news are organized by topic, not by any preference the user may have. Single stories take up the full space on the screen; there’s nothing unrelated in view.

Facebook Paper doesn’t look like any other Facebook app. In fact, it only has a Facebook logo at the top left; there’s no identifying blue anywhere. All screen real estate is devoted to the story being read. It is commandeered with gestures that might not be intuitive for many users. For example, users must swipe the large panel to the left or right at the top half of the screen to move from section to section. They then must pull down on a story they are reading to return to the section from where it emanated.

Users can easily flip back and forth between regular Facebook updates and news stories from providers they have selected on different topics.

Still, despite the new moves a user must learn, the app is pretty intuitive and should prove to be a popular choice.

With Facebook Paper, the company has reorganized its entire information flow by subject area instead of by chronology, which is by far the best and most intuitive way to do it. In all, there are 19 subject sections from which users can choose. They include Score for baseball and other sports information, Exposure for photography-related news, and others.

Clearly, the idea is to give users a fresh new option to find out what’s new in the world in real time, rather than relying on friends to tip you off. It appears to be a natural progression for Facebook, but it will remain to be seen if users embrace it as they did the original mobile app. It simply enables many more choices in a clean, easy-to-read layout that’s heavy on photos.

eWEEK will be following up on this application in future articles.