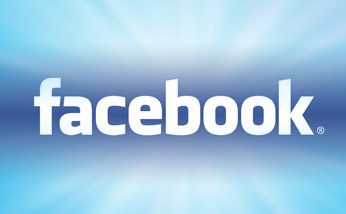 Facebook is testing an idea to charge a $1 fee to allow someone to send a Facebook message to another user who is not a connected friend on the social media service. The idea, according to Facebook, could allow users to gain more control over how non-friends can attempt to send them messages outside the normal communications channels inside Facebook.

The concept was announced in a Dec. 20 post on the Facebook Newsroom page as a continuing refinement to a recent introduction of a filtering system that helps determine how users receive messages from other Facebook users.

“We’ve heard that messages people care about may not always be delivered or may go unseen in the Other folder,” according to the post. “As we announced last month, we’re replacing the ‘Who can send me Facebook Messages’ setting with up-front filters that help to address this feedback.”

Since the company’s high-profile initial public offering (IPO) in May, Facebook officials have been under pressure to find ways to leverage its 1 billion-plus users and monetize more of the social network’s services. The $1 fee for sending these particular Facebook messages could be another attempt at increasing revenue sources.

Under the new system, users will have two options for how their new messages to their inboxes are filtered.

If, however, a user selects Strict Filtering, then they’ll mostly see messages only from friends in their inbox. Those who previously used the “friends” setting will now have “Strict Filtering” on by default. As part of the adjustments, Facebook is also testing the $1 fee to a small number of users to allow them to send a message directly to the inbox of a non-friend, rather than going automatically to the recipient’s Other box.

Several commentators and researchers have noted that imposing a financial cost on the sender may be the most effective way to discourage unwanted messages and facilitate delivery of messages that are relevant and useful. This test is designed to address situations where neither social nor algorithmic signals are sufficient. For example, if you want to send a message to someone you heard speak at an event but are not friends with, or if you want to message someone about a job opportunity, you can use this feature to reach their inbox. For the receiver, this test allows them to hear from people who have an important message to send them.

A Facebook spokesman, reached by eWEEK, had no comment about how long the test would be conducted or about how many people will test it. The fee is only being tested in the United States, though, and various fees less than $1 will also be tried to see how users react to them, said the spokesman. The test will also limit the number of messages that can be sent to an individual user’s inbox for a fee to only one per week.

Earlier in December, Facebook’s one-week voting period to gauge user reaction to proposed changes to Facebook’s user policies ended, with the company winning the right to make policy changes as it sees fit. One of the key changes is that Facebook members will no longer be voting on proposed user policy changes as they have done in the past since the Website began.