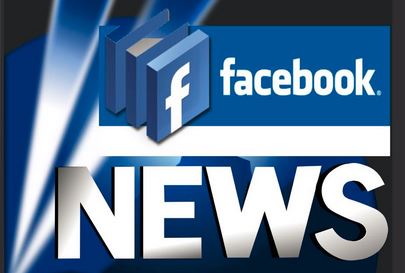 Facebook, along with most of the organizations and citizens of the United States in the last 18 months, has endured a constant stream of trials and tribulations when it comes to discerning the truth in news content.

There apparently are so many liars at large in the world—especially, it seems, during election time—that the instant-publishing world of the internet has unleashed content horrors that couldn’t have been imagined back in the mid-’90s when the global network went mainstream. We don’t need to go into the excruciating detail here about the “fake news” we’ve all known about for months.

Facebook, the world’s largest social network and the ad hoc main source of news for millions of its users (whether the news is from legitimate journalistic sources or from friends), in particular has been excoriated about untruths that its users post. Critics urged the network to come up with stiffer policies for posting and better controls for users to deploy in order to kill untruths as soon as they pop up in newsfeeds.

Of course, it isn’t as simple as all that.

CEO Mark Zuckerberg at first refused to take responsibility for everything his company’s 1.8 billion customers post on his public network, and it is difficult to pin the world’s lies and falsehoods on him personally. Facebook is not a publisher of news; it is a conveyor of information, and some of it is news. Still, the impression exists that Facebook has been a large part of the fake news problem.

Meanwhile, Zuckerberg and his department captains haven’t stopped thinking about this, and on Jan. 11 Facebook came out with something called the Facebook Journalism Project in an effort to help solve these issues.

The Journalism Project will develop new news formats, promote more cooperation with legitimate news publishers—such as newspapers, television/radio stations, established independent bloggers and analysts—and develop new and better tools for journalists and non-journalists to use in order to clean up the fake news even before it gets posted in Facebook news feeds.

Sound promising, or even realistic? This surely will be an adventure.

“Facebook is a new kind of platform, and we want to do our part to enable people to have meaningful conversations, to be informed and to be connected to each other,” Fidji Simo, Facebook’s Director of Product posted Jan. 11 on the network’s media information page. “We know that our community values sharing and discussing ideas and news, and as a part of our service, we care a great deal about making sure that a healthy news ecosystem and journalism can thrive.

“That’s why today we’re announcing a new program to establish stronger ties between Facebook and the news industry. We will be collaborating with news organizations to develop products, learning from journalists about ways we can be a better partner, and working with publishers and educators on how we can equip people with the knowledge they need to be informed readers in the digital age.”

Simo said the Journalism Project will work in three ways. They are as follows: