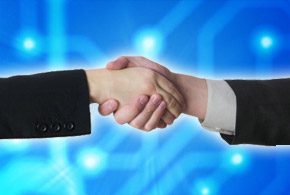 At the heart of the Bitcoin cryptocurrency is blockchain, technology used to help keep track of and verify transactions. The blockchain idea, however, has the potential for broad applicability beyond just cryptocurrencies, and on Dec. 17 a new Linux Foundation effort is being launched to advance the state of blockchain technology.

While the blockchain idea has its roots in Bitcoin, Jim Zemlin, executive director of the Linux Foundation, emphasizes that the Open Ledger effort is not about Bitcoin at all.

“This project is blockchain without the Bitcoin,” Zemlin told eWEEK. “This is a separate effort, and it’s not tied to a single cryptocurrency.”

The idea to put together an open-source, multistakeholder effort to advance blockchain technology is not a new one. Zemlin said that he has been talking to companies about blockchain technology and its applicability for years, but before today all the required pieces didn’t come together to actually start a project.

“Blockchain a lot like the Linux kernel; it’s a nondifferentiated, hard technology that competitors want to collaborate on, and it allows for people to build value around it,” Zemlin said.

To date, he noted, many blockchain efforts have been tied to a single cryptocurrency or a single vendor. He added that the demand that has grown in the market is for an organization that can advance blockchain, in a group led by a nonprofit organization that doesn’t have an incentive to lock users in.

“People wanted a nonprofit organization to do the base collaboration and then have the opportunity to differentiate at higher layers,” Zemlin said. “They also wanted publicly available code under an open-source license that will encourage participation, without the risk of lock-in.”

There is broad applicability and appetite to use blockchain technology for a number of different use cases and market verticals, according to Zemlin. Among the uses of blockchain is by the financial services community for post-trade settlement, foreign exchange and letters of credit. There is also applicability in the supply chain to enable trade and logistics without the need for a central authority. For the Internet of things (IoT), blockchain could help enable device-to-device transactions.

“There is a long list of blockchain use cases, and to date, there hasn’t been an open-source project with the attributes that the Linux Foundation can bring to the table to get the underlying code done,” Zemlin said. “There really is huge pent-up demand for a project like this.”

At this early stage, there are still many elements that remain to be determined. Available to the Linux Foundation is the name “Hyperledger,” which Digital Asset Holdings contributed to the project.

Looking forward, Zemlin said the success of the Linux Foundation’s blockchain effort will be measured by publicly available working code with active code committers from a diverse number of companies. The project’s success will also be evaluated based on the number of products and services that rely on the code that the blockchain project develops.

“People want to be able to build interesting things without having to reinvent the wheel,” Zemlin said.