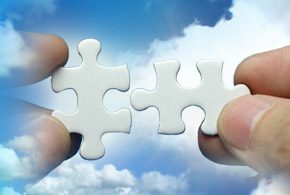 The big trend in technology today is a move from legacy server-centric data centers to a container-based approach that enables a very rapid DevOps computing paradigm, according to Zemlin. The companies that have joined the Cloud Native Computing Foundation have realized that all of the different technologies needed to work in the new container paradigm will require a measure of collaboration, he added.

“We’re looking at enabling a broad set of technologies to enable a new world where developers can write applications using container technologies, then deploy and scale them really rapidly,” Zemlin said.

One of the foundational technologies underpinning the Cloud Native Infrastructure Foundation is Google’s open-source Kubernetes container management technology, which is hitting its 1.0 milestone release today.

“It got to the point where it really makes sense to take Kubernetes to a foundation,” Craig McLuckie, product manager at Google, told eWEEK. “The Cloud Native Computing Foundation isn’t just about Kubernetes; it’s about assembling a harmonized set of technologies that are generally available and accessible to people.”

McLuckie emphasized that Kubernetes has been run as an open-source community project for some time, but now the plan is to move development over to a Linux Foundation-operated GitHub destination, with all copyright assignments going to the Linux Foundation as well.
Docker Inc., the lead commercial sponsor behind the open-source Docker container technology, is also backing the Cloud Native Computing Foundation. Docker has its own management technology called Docker Swarm that in some respects can be seen as competitive with Kubernetes.

“We’re in a period of such rapid innovation we know there won’t be a single stack that works for everybody, but there can certainly be a way that all the different elements work together,” Ben Golub, CEO of Docker, told eWEEK. “I think that this foundation opens up the possibility of creating stacks that can use great technologies like Kubernetes, Mesos or Swarm in combination with networking and storage technologies.”

Golub added that the Cloud Native Computing Foundation is being put together in a way that promotes both diversity and interoperability. That’s a theme that McLuckie agrees with as he sees the new foundation as a neutral place where vendors can bring technologies and take a broader view at the container cloud computing landscape.

Looking beyond just Kubernetes, Google recognizes that there is a lot of additional work to be done, from creating a common node definition to defining a model for composition to supporting a standard set of common services, according to McLuckie.

“[Google’s] hope is to work with the community to assess the state of the art, figure out how to integrate existing efforts, then when we have a strong sense of what gaps exist, focus on filling them,” he said.

Zemlin stressed that today’s announcement of the new foundation is only the first five minutes of what he expects to be a long game. Over time, he expects the full scope and breadth of the Cloud Native Computing Foundation to evolve and grow. Among the items that the new foundation needs to define is the actual membership structure, as well as a decision on the leadership and whether an executive director is needed for the new effort.

The Cloud Native Computing Foundation is actually the second container foundation launched by the Linux Foundation this year. The Open Container Initiative (OCI) was officially launched on June 22 in an effort to create an open-source interoperable baseline standard for containers. OCI is focused on a standard for container format runtime to avoid fragmentation, Zemlin explained. The scope of the initiative is intentional in order to keep the technical community focused on what should be in the container specification.

“The Cloud Native Computing Foundation is looking to integrate and evangelize a set of common interfaces and technologies that can accelerate application development in the cloud,” Zemlin said. One component of that effort will be leveraging the OCI specification, but the scope is much broader. The efforts are complementary.”