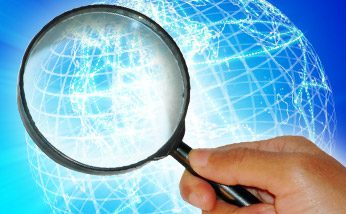 Google has again expanded its Street View image collection of photographs from around the world, this time with spectacular new images of famous destinations in Asia, Europe, Latin America, the United States and Canada.

The images are being provided to offer more information to viewers as they plan vacations or simply explore the world from their Web browsers, according to a June 13 post by Street View Program Manager Deanna Yick on the Google Lat Long Blog.

Today we’re adding more than 1,000 locations around the world to Google Maps, making it more comprehensive and useful for you,” wrote Yick. “From historical landmarks to sports stadiums, these panoramic photos available via Street View can help you ease into vacation mode with just a few simple clicks.”

For armchair travelers of the United States, there are new images of some of the nation’s historic landmarks, including The Mark Twain House & Museum in Hartford, Conn., where one of America’s greatest authors and his family lived from 1874 to 1891. Also included in the expanded collections are images of the Isaac Bell House in Newport, R.I., which was built in 1883 for the famous cotton broker and investor; and the Cape Henry Lighthouse in Virginia, which has guarded the Chesapeake Bay since 1792, wrote Yick.

If a trip to Singapore is what you seek, online visitors can now explore the city’s Marina Bay Waterfront Promenade and Fullerton Heritage Promenade to view the sights, as well as dive into a collection of detailed images at the Singapore Zoo.

The new European destinations now included in Street View are images of the stunning Seville Cathedral in Spain, as well as photos of the serene canals of Copenhagen, Denmark, wrote Yick.

Viewers interested in destinations in Brazil can now virtually visit that country’s Basilica of the National Shrine of Our Lady of Aparecida, which is the most visited Marian shrine in the world, according to Yick’s post. Also viewable now is Vila Belmiro stadium, which is the home to Santos Soccer Club and of past and present soccer stars, Pele and Neymar, she wrote.

In Mexico City, viewers can now see images of Bosque de Chapultepec (Chapultepec Park), a natural oasis in the middle of the city, while in Chile, virtual visitors can see images of Valle Nevada Resort, one Chile’s hottest ski resorts just a few miles outside Santiago, wrote Yick.

In August 2012, images were posted from Cambridge Bay in Canada’s far north, and in November 2012, Google added photographs of some of the world’s most spectacular ski resorts.

Meanwhile, the Street View program has come under scrutiny both in the United States and in Europe after it was learned that Google was gathering the information street-by-street between 2007 and 2010, according to earlier eWEEK reports.

The company was hit with an $189,167 fine in Germany in April 2013 for collecting user data without fully disclosing the practice as Google Street View vehicles combed German streets collecting information for its maps back from 2007 to 2010.