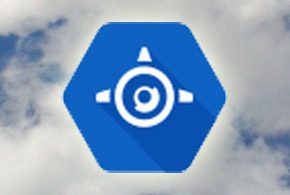 Organizations can use the platform to develop and host web applications, mobile back ends and APIs using Node.js, Java 8, Ruby, Go 1.8 and Python 2.7 or 3.5. Beta support is available also for .NET Core and PHP 7.1

Developers in any of these environments can use Google’s managed hardware and software runtime resources and their own open source software libraries and packages to build and execute web applications and other programs. In addition to using Google’s runtime environment, developers will be able to use their own Docker containers to run any of the languages, libraries and frameworks that App Engine now supports.

“App Engine gives developers an open platform while still providing a fully managed environment where developers focus only on code and on their users,” Stevens said.

The App Engine upgrade is one of several cloud related announcements that Google made this week at the Next ’17 conference.

Another one is the beta launch of Google Cloud Functions, a managed service designed to let developers build and connect cloud services in a totally server-less environment.

The service lets organizations spin up Google cloud resources even if it is just for one function and to spin it down quickly when the need is over. Cloud Functions is the smallest compute unit available on Google’s cloud platform and gives organizations a usage-based pricing model that is metered to the nearest hundred milliseconds, Stevens said.

Cloud Functions, according to Google, gives organizations a flexible, cost-effective option for building lightweight mobile and web backends and for relatively small extract, transformation and load (ETL) jobs. Cloud Functions also makes it easier for mobile developers to build backends that integrate well with the Firebase mobile and web application platform, he said.

Google this week used the Next ’17 conference to also introduce a BigQuery Data Transfer Service for customers of its big data analytics service. The service lets enterprise business and marketing analysts export advertising data from YouTube, and Google’s Adwords and DoubleClick ad platforms directly into the BigQuery engine. The goal is to give analysts a way to more easily analyze and visualize how users might be interacting with their ad campaigns on different platforms, according to Stevens.

As part of the same effort Google launched a new browser-based service called Cloud Dataprep that gives organizations a way to prepare data for analysis in BigQuery. Organizations can use the service to export both structured and unstructured data to BigQuery and to other destinations as well.

Other Google cloud related announcements from Next included the launch of new cloud platform regions in the United States, Canada and Netherlands and the availability of substantially more virtual CPUs with every virtual machine instance on Google cloud. Starting this week, enterprises will be able to run 64 virtual CPUs in one VM instance, or double the 32 that was available till now.