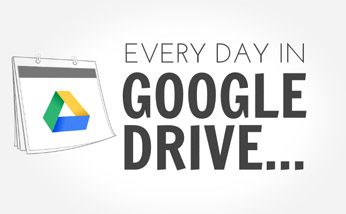 Google Drive has made sharing documents, images, presentations and more much easier for its users, who can now share them directly with others in Google+, the company’s social network.

The new sharing capabilities for Drive, which were already available in Google+, were unveiled in an Oct. 31 post by Li-Wei Lee, a Google software engineer, on the Google Enterprise Blog.

“Starting today, you can also share the work you create and store in Google Drive, and people will be able to flip through presentations, open PDFs, play videos and more—directly in the Google+ stream,” wrote Lee. “Forms shared in the stream, like feedback surveys or lunch order polls, are interactive as well and can be completed with just a couple of clicks.”

To share content from Drive to Google+, users can paste the link for the Drive file directly into the share box inside Google+, according to Google. Users of Google Apps for Business, Education or Government can make the post restricted to ensure that the discussion is only visible to people in your organization.

The new Google Drive features are the latest additions to a Google service that was launched April 24 after about six years of planning and talks about its intentions to introduce a cloud storage service.

In September, Google updated its Drive services for Android and iOS users to make it easier for them to modify documents on the go, see changes by others and view presentations.

Apple device users gained the ability to edit Google documents for the first time, and could now see other people’s edits instantly as they are made. Apple iOS users also gained the ability to view Google presentations on an iPhone or iPad, including speaker notes, full-screen mode and to swipe to see the next slide.

Android users gained improvements, including the ability to add comments, reply to existing comments and view tables inside Google documents.

Google Drive can be downloaded from Apple’s App Store for iPhone, iPad or iPod devices, and from the Google Play Store for Android phones or tablets.

Drive proved to be very popular among users just after its launch. Sign-ups for the service grew to a “very strong start, with probably about 35 million to 40 million sign-ups in 15 days,” according to an earlier report.