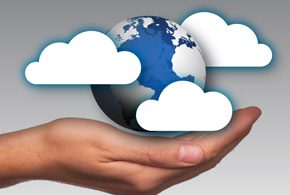 Google on Nov 1 announced general availability of its Dedicated Interconnect option for large enterprises that want a fast, private connection to the company’s cloud services.

Starting this week organizations in the U.S., Europe, Asia and Australia can use the option to more efficiently run workloads spanning their private infrastructure and Google’s cloud services. Google is offering between 99.9 percent and 99.99 percent service uptime guarantees for organizations that use particular configurations of the service as specified by the company.

Google announced Dedicated Interconnect in September and has been testing it in limited fashion for the past several weeks. The company has described the option as providing a direct circuit for organizations to Google’s network.

Each circuit is reserved only for that specific organization’s traffic, so it doesn’t have to compete with traffic from Google’s other cloud customers. The company has positioned the service as ideal for organizations that move a lot of data between their internal and cloud networks. For such organizations, a dedicated link can reduce cost while delivering high bandwidth and reliability, according to Google.

Other cloud providers have been offering a similar option for some time. Amazon Web Service’s Direct Connect for instance allows organizations to establish private connectivity between their data center and the AWS cloud infrastructure. Microsoft does the same thing via its Azure ExpressRoute option.

Google has established almost four-dozen colocation facilities around the world that organizations can use to physically connect their networks with Google’s cloud infrastructure.

To do so, businesses and other organizations using the direct interconnect will need to install routing equipment of their own at these facilities. Each interconnect will support a maximum of eight 10 Gbps Ethernet connections or a total bandwidth of 80 Gbps per interconnect.

The circuit connecting to Google’s network is not encrypted so companies that want the additional security will need to use application-level encryption or use their own Virtual Private Network to connect to the Google cloud.

Google is working with datacenter and co-location provider Equinix to make the Dedicated Interconnect option available to its cloud customers in more locations globally.

Equinix offers a range of services for securely connecting enterprise networks the cloud. Under the arrangement with Google, the company will offer its infrastructure to help organizations physically tie their networks to Google’s cloud. Pricing for the Dedicated Interconnect service starts at $1,700 per month for a single 10 Gbps link.