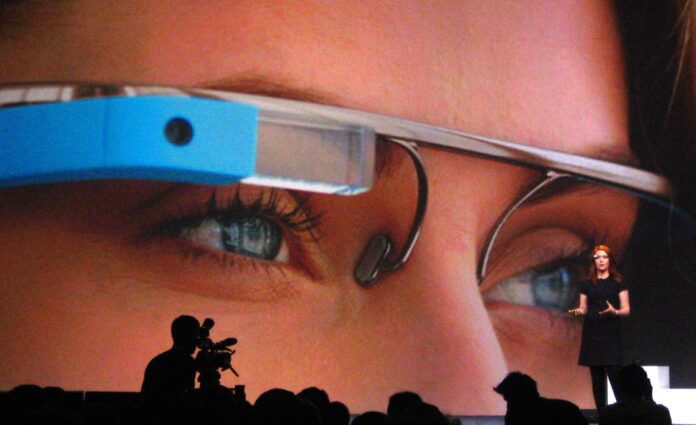 Google Glass has been a hit so far for Google, but some critics argue they continue to be worried about the privacy implications surrounding the use of Glass, which is an eyewear-mounted computer that features a still camera, a video cam and other real-time recording features.

In answer to some of those critics, Google has now pledged that it won’t approve of any facial-recognition apps that could run on Glass until strong privacy controls can be created to guard against misuse of such a feature.

“Our Explorer Program makes users active participants in evolving Glass ahead of a wider consumer launch,” a Google spokesperson, who asked to remain anonymous, told eWEEK in a June 3 email. “In keeping with this approach, we’ve updated our developer policies to include not allowing facial-recognition Glassware at this time. We look forward to learning more from our users as we update the software and evolve our policies in the weeks and months ahead.”

The spokesperson’s comments came after the Google Glass team posted a message announcing its stance on facial-recognition apps on the Glass Google+ page on May 31.

“When we started the Explorer Program nearly a year ago our goal was simple: we wanted to make people active participants in shaping the future of this technology ahead of a broader consumer launch. We’ve been listening closely to you, and many have expressed both interest and concern around the possibilities of facial recognition in Glass. As Google has said for several years, we won’t add facial-recognition features to our products without having strong privacy protections in place. With that in mind, we won’t be approving any facial-recognition Glassware at this time.”

The very first Google Glass preview units already began shipping in April to the developers who signed up at the original June 2012 Google I/O conference to buy an early set for $1,500 for testing and development. The Glass project was unveiled officially for the first time to developers at that event, where the eyewear-mounted computer was the hit of the conference.

As more details and innovations about Glass have been released, privacy experts have been publicly sharing some of their concerns about how Glass might be detrimental to privacy as the devices begin showing up in cities and towns across the nation.

The news that Google won’t approve any facial-recognition apps for the devices right now is “probably the right call,” said Justin Brookman, the director for consumer privacy with the Center for Democracy & Technology. “It’s definitely a concern that we have,” he said of Glass and similar technologies.

There are actually different levels of facial recognition, he said, from simpler forms that could identify a person generically based on their gender or age range, compared with powerful facial-recognition software that can absolutely identify a person by name.

“If I am walking by a sign with a facial-recognition reader and it identifies me as a middle-aged man and gives me an advertisement based on that profile, that may be OK, but if it identifies me as Justin Brookman, I might have a problem with that,” said Brookman. “I don’t think I’d like the idea of anyone being able to identify me by name.”

Google Glass Says No to Facial Recognition, at Least for Now

Such a scenario could produce safety issues for many citizens if their facial recognition were linked to their name and address, he said. “I think that is a serious concern,” said Brookman.

Kurt Opsahl, a senior staff attorney for the Electronic Frontier Foundation, said his group is pleased with the Google policy for now, but added that it can’t stop others from developing or using facial-recognition apps on their Glass devices outside the Google Glass ecosystem.

“If someone wanted to install their own app outside of Google, they could probably do that,” said Opsahl. “The privacy concerns come for Glass if it becomes ubiquitous. Right now, there are millions of cell phones out there but just a few Glass devices.”

Society is ultimately going to have to decide what it feels about these kinds of technologies, he said. “I appreciate what Google is trying to do here to assuage some of the concerns with Glass. We will have to see how facial recognition is implemented in the future. It’s not about the power of the apps, but it’s about how people will use it.”

To truly protect personal privacy with Glass, that would likely mean that users will have to take them off and put them away in social situations where it would be inappropriate to record other people, said Opsahl.

“Facial-recognition software changes the paradigm,” he said. “Without it, people can see your face but no one could recognize you, giving you de facto privacy. With facial-recognition software, this creates the possibility that even if you would have otherwise been anonymous that it could reveal your identity. This means we are facing a future in which previously private activities are being made incredibly public.”

This is not the first time that privacy issues involving Glass have arisen.

In May, the Bi-partisan Congressional Privacy Caucus sent a letter to Google CEO Larry Page asking some pointed questions about how Google planned to ensure that the privacy of users, and more important, non-users, was being protected. The members of the caucus noted a series of stories in the media that had emerged about Google Glass, particularly the ability to find detailed information about a person just by looking at them, and letting Google perform facial recognition and then providing all available information.

Google Glass isn’t ready for the general public, but sales of the devices are now expected to begin sometime later this year, according to a recent eWEEK report. That’s at least months earlier than the 2014 retail debut the company had been targeting since last year, a source inside Google told eWEEK. The source would not elaborate on why the retail launch schedule is being moved up.