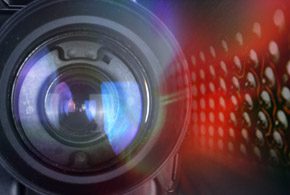 YouTube creators now have a new way to interact with the viewers of their videos.

Google has launched a new mobile live streaming capability that gives publishers of YouTube videos the ability to instantly reach audiences via their smartphones and tablets.

Initially, at least, the feature is available only to creators with more than 10,000 subscribers for their YouTube channels. Starting this week, people who fall into the category will see a new feature in their YouTube mobile app that allows them to stream their video live simply by clicking on the capture button.

Google will soon make the same capability available to all YouTube creators, but the company has not specified by what date it hopes to do so.

Live-streamed video will support all the capabilities of standard video on YouTube. In other words, users will be able to search for them on YouTube like they would any video and they can also find them via recommendations and playlists. Importantly, from the standpoint of a publisher, streamed videos will have the same protections against unauthorized copying and use as any other video on the site.

“It’s a launch that’ll put the power of live streaming in the hands of hundreds of thousands of talented creators,” Google product managers Barbara Macdonald and Kurt Wilms said in a blog this week. The feature will give them a “more intimate and spontaneous way to share their thoughts, lives, and creativity,” the two managers said.

As part of an effort to give creators—and presumably itself—different ways to monetize live streams on YouTube, Google has launched a new ‘Super Chat’ feature in YouTube. The feature, as Macdonald and Wilms describe it, gives video audiences a way to buy a virtual front-row seat to a live stream.

It lets any subscriber purchase chat messages that are highlighted and stay pinned to the top of the chat window in the live stream for up to five hours. The goal is to give viewers a shot at catching the attention of the video creator, so they can chat and interact with them more so than regular viewers.

Google has been working with hundreds of video creators to fine-tune the streaming feature over the past several months and has incorporated feedback from them in the version that was launched this week.

For instance, based on feedback from creators, Google decided to slow down the speed at which chat messages are served to creators of streaming video. Similarly, the feedback has helped Google focus on enabling better streaming quality across all mobile devices, the two Google managers said.

Google has offered live streaming on YouTube for nearly six years. Events like Felix Baumgartner’s leap from space and a 360-degree live stream from the Coachella music festival last year have attracted millions of viewers.

Prompted by the popularity of live streaming, Google last June announced that it would soon enable live stream via mobile devices. This week’s launch stems from that announcement.