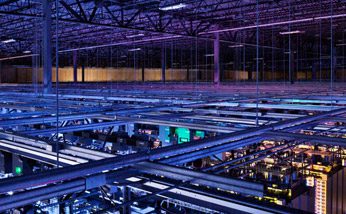 Google Maps is for the first time getting map updates of little seen areas in North Korea through the help of a team of “citizen cartographers,” who are detailing areas where maps have traditionally included little data and features.

The development was announced by Jayanth Mysore, senior product manager for Google Map Maker, in a Jan. 28 post on the Google Maps Blog.

“The goal of Google Maps is to provide people with the most comprehensive, accurate and easy-to-use modern map of the world,” wrote Mysore. “As part of this mission, we’re constantly working to add more detailed map data in areas that traditionally have been mostly blank.”

North Korea has long been one of the largest places with little map data, Mysore noted. “But today we are changing that with the addition of more detailed maps of North Korea in Google Maps.”

Interestingly, Eric Schmidt, Google’s executive chairman, took a heavily publicized private trip to the totalitarian country in early January with former New Mexico Gov. Bill Richardson to get a peek inside the nation, its government and its people. Schmidt’s trip was not related to the introduction of the new more detailed maps, a Google spokesperson told The Washington Post.

Schmidt’s teenage daughter, Sophie, accompanied him on the trip to North Korea and blogged about the adventure.

The latest North Korean work is being done by a “community of citizen cartographers” using Google Map Maker, where contributors add data, roads, points of interest and more to maps in their communities, wrote Mysore. “This effort has been active in Map Maker for a few years, and today the new map of North Korea is ready and now available on Google Maps. As a result, the world can access maps of North Korea that offer much more information and detail than before.”
And though the maps of North Korea are improved, they still don’t equal the detail and quality of maps from other nations where the flow of information is not controlled by the government. An older Google map of the North Korean city of Pyongyang was very stark, with only the name of the city superimposed over a spot on the map. The newly updated version isn’t completely detailed, but now includes several roadways that stretch through the area as well as the names of several nearby cities.

“We know this map is not perfect—one of the exciting things about maps is that the world is a constantly changing place,” wrote Mysore. “We encourage people from around the world to continue helping us improve the quality of these maps for everyone with Google Map Maker.”

So why is Google Maps working on developing improved maps of North Korea today, where the communist government has long controlled information for its citizens?

“Creating maps is a crucial first step toward helping people access more information about parts of the world that are unfamiliar to them,” wrote Mysore. “While many people around the globe are fascinated with North Korea, these maps are especially important for the citizens of South Korea who have ancestral connections or still have family living there.”

Google Map Maker capabilities have been around since 2008, when people first began adding details and information to the maps.