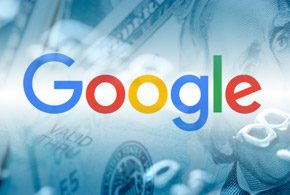 Google has announced expanded safeguards for advertisers on YouTube and the Google Display Network days after a senior executive promised changes in reaction to an outcry from advertisers in the United Kingdom and elsewhere over misplaced ads.

The new safeguards are focused on the company’s ad policies, its enforcement of the policies and new ways for advertisers to control where their ads are placed by Google’s automated system.

“We know advertisers don’t want their ads next to content that doesn’t align with their values,” Google’s chief business officer Philipp Schindler said on the company’s The Keyword blog this week. “So starting today, we’re taking a tougher stance on hateful, offensive and derogatory content,” he said.

The changes include more effective measures for removing ads placed next to content that attacks people based on race, religion, gender and factors. The changes put Google in a better position to rein in wider set of sites where advertisements sometimes end up getting inadvertently placed, Schindler said.

Google’s changes comes after several major advertisers in the U.K. including the British government, the BBC, Guardian and supermarket giant J Sainsbury withdrew or suspended their ads with the company over concerns about placement.

The concerns stemmed from an investigation by the Times of London, which showed Google placing taxpayer funded ads from the British government as well as ads from major brands next to YouTube content promoting jihadist, neo-Nazi, white supremacist and other types of hate speech.

The inappropriate ad placements were not deliberate and instead were caused by the company’s programmatic advertising service, which uses an automated process to place ads on YouTube and other Google web properties.

Google has several measures in place to ensure that ads do not get placed next to inappropriate content and the company also gives advertisers a way to specify the content that they don’t want their ads associated with.

But the sheer volume of content loaded on YouTube—up to 400 hours of video every minute—and the millions of sites on Google’s ad network has resulted in advertisements occasionally ending up next to offensive content, the company has acknowledged.

One of major changes that Google announced this week gives increased control to advertisers on how and where ads should be placed.

Google is changing the default settings for advertisers so they have broader latitude in describing the kind of content they consider objectionable and want excluded from consideration for ad placement, Schindler said.

Google will also introduce new account-level controls that will let advertisers exclude specific channels and websites from all their campaigns across all Google properties with just one click of a button, he said.

Google will also hire a “significant” number of people and develop new tools for boosting its ability to review questionable content for advertising, Schindler said. Advertisers will soon get new options for quickly escalating concerns that might stem form misplaced ads and the goal is to resolve such issues in a matter of hours.

Google’s YouTube team is also reviewing existing community guidelines to determine what content should be allowed on the platform and not just what can be monetized, Schindler said.