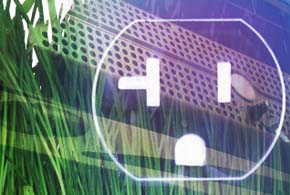 Google has now laid out the rules for its $1 million “Little Box Challenge” competition, which was unveiled as a concept in May to encourage the development of smaller, more efficient solar power inverters that can store energy for later consumption.

The complete rules and requirements for the contest were announced by Maggie Johnson, Google’s director of education and university relations, in a July 22 post on the Google Research Blog. “Think shrink! Min it to win it! Smaller is baller! That’s what the Little Box Challenge is all about: developing a high power density inverter,” wrote Johnson. “It’s a competition presented by Google and the Institute of Electrical and Electronics Engineers Power Electronics Society (IEEE PELS)—not only a grand engineering challenge, but your chance to make a big impact on the future of renewables and electricity.”

The prize for the winning entry is $1 million, which organizers hope will inspire incredible innovations from academic researchers to miniaturize today’s bulky power inverters so that they can be used to harness solar power for when it is needed. The competition is only open to researchers and students at colleges and universities.

“Some recent advances may change what’s possible in power electronics,” wrote Johnson. “For example, Wide-bandgap (WBG) semiconductors—such as gallium-nitride (GaN) and silicon-carbide (SiC)”—enable higher power storage densities than conventional silicon-based devices do, but they can “run into limits on the power density of inverters.”

At the same time, inverters may have the most potential for solving solar energy storage problems today, wrote Johnson. “And because inverters are so common in household applications, we hope The Little Box Challenge may lead to improvements not only in power density, but also in reliability, efficiency, safety, and cost.”

If ways can be found to shrink inverters and make them more reliable and inexpensive, “we could see all kinds of useful applications to the electric grid, consumer devices and beyond, maybe including some we have yet to imagine,” she wrote.

Proposals and entries for the competition are due Sept. 30, 2014, and Google’s Research at Google division will provide unrestricted grant funding to academics pursuing the prize, which can be used for research equipment and to support students, wrote Johnson. The deadline for grant funding requests is also Sept. 30.

Google also announced that it will be working with a group of the WBG manufacturers to ask them to provide information to the entrants so they can get the latest technologies to work on in their research, wrote Johnson. “We hope you’ll consider entering, and please tell your colleagues, professors, students and dreamers—you can print and post these posters on your campus to spread the word.”

The competition aims to find ways to shrink solar power inverters from the size of a picnic cooler down to the size of a small laptop, according to another Google blog post on the subject by Eric Raymond of the Google Green Team. “These days, if you’re an engineer, inventor or just a tinkerer with a garage, you don’t have to look far for a juicy opportunity: there are cash prize challenges dedicated to landing on the moon, building a self-driving car, cleaning the oceans, or inventing an extra-clever robot. Today, together with the IEEE, we’re adding one more: shrinking a big box into a little box.”

The shrunken inverter will be able to “convert the energy that comes from solar, electric vehicles and wind (DC power) into something you can use in your home (AC power),” wrote Raymond. “We want to shrink it down to the size of a small laptop, roughly 1/10th of its current size. Put a little more technically, we’re looking for someone to build a kW-scale inverter with a power density greater than 50W per cubic inch. Do it best and we’ll give you a million bucks.”

Whoever succeeds in building a better, smaller inverter “will help change the future of electricity,” he wrote. “A smaller inverter could help create low-cost microgrids in remote parts of the world. Or allow you to keep the lights on during a blackout via your electric car’s battery. Or enable advances we haven’t even thought of yet.”

The competition calls for registered teams to submit a technical approach and testing application for their project by July 22, 2015, and up to 18 finalists will be notified of their selection for final testing at the testing facility in October 2015, according to the rules. Those 18 entrants will be required to bring their inverters in person to a testing facility in United States by Oct. 21, 2015, for reviews and judging.

The grand prize winner is expected to be announced in January 2016, according to Google.

The idea of the Little Box Challenge was first previewed by Google in May, but few details were initially released, according to an earlier eWEEK report.

Today’s power inverters are cooler-sized boxes that are used in homes equipped with solar panels, according to Google. They convert direct current (DC) power generated by the panels to alternating current (AC) power that can be used in homes and businesses. They’re big and expensive relative to the systems they serve.

Improved inverters are needed because by 2030, roughly 80 percent of all electricity will flow through the devices and other power electronic systems, making them critically important for future electricity infrastructure and use, according to Google.

Google, which is a huge consumer of electricity for its modern data centers, offices and operations around the world, is always looking for ways of conserving energy and using renewable energy sources. The company has been making large investments in wind power for its data centers since 2010. Energy production is known to have a huge impact on Earth’s climate.

The company has a goal of powering its operations with 100 percent renewable energy in the future.

In January 2013, Google announced an investment of $200 million in a wind farm in western Texas near Amarillo, as the company continued to expand its involvement in the renewable energy marketplace. Google has also invested in the Spinning Spur Wind Project in Oldham County in the Texas Panhandle.