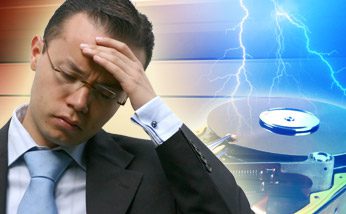 Not so fast, Chrome OS developers. Google’s latest developer’s release of its Chrome OS device operating system is causing problems for Google Docs users, so developers are being urged to revert to an earlier version until the issues are resolved.

The problem was unveiled in an April 23 post by Danielle Drew of the Google Chrome team on the Chrome Releases blog.

“Oops! Dev-channel 28.0.1485.1 isn’t quite ready for prime time,” wrote Drew in her post. “We found a bug (234729) that seems to be causing trouble for Google Docs users. Sorry about the inconvenience! If this issue is affecting you and you’d like to revert to an older dev-channel version, you can restore your Chromebook to the latest Stable version and then switch channels back to dev.”

The latest developer’s channel version 28.0.1485.1 is for all Chromebooks and contains a number of bug fixes and feature enhancements, including the ability to rotate and scale the user interface on Chromebooks, highlighting capabilities so users can see which link or button they have pressed, and several improvements to the Files app, according to Google.

In a related matter, the Chrome Web browser for Apple’s iOS has been updated to version 26.0.1410.53, according to an April 24 post by Jason Kersey of the Chrome team on the Chrome Releases blog. The new iOS Chrome browser release contains security and stability fixes and is now being rolled out in the App Store for installation by users, wrote Kersey.

Earlier in April, Google released Chrome 26 for Android, the newest stable version of its free Web browser that fully integrates with the Android mobile operating system. The latest version introduced several features, including password synchronization, autofill synchronization, and a variety of other performance and stability improvements.

Chrome for Android provides a customized version of the popular browser that is built to run specifically on Android devices. The previous version of Chrome for Android was release 25, which debuted in late February and included expanded support for HTML5, improved scrolling performance and faster interactive pages.