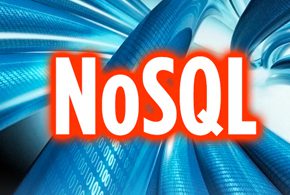 The company Aug. 8 announced new management and administration tools that enterprises can use to add Cloud Firestore to their GCP projects. The move significantly broadens the availability of Cloud Firestore, which up to now has only been available in native mode to developers using Google’s Firebase mobile application development platform.

The new tools are part of several updates to Cloud Firestore that Google announced this week.

Cloud Firestore is both the latest version and a major rebranding of Google Cloud Datastore, a NoSQL database-as-a-service that Google has been offering for several years. Google has described Cloud Firestore—launched last October—as a cloud document database that combines the best elements of Cloud Datastore with a set of new features built for scalability, performance and ease of application development.

Google has said Cloud Firestore is fully backward compatible with Cloud Datastore but several features in it including a new data model, support for real-time updates and an offline mode, are not. To accommodate users of both the older and new database technologies Cloud Firestore now runs in two modes—a native mode and a Datastore mode.

Cloud Firestore in native mode is now available in the GCP console and includes support for real-time updates and online and offline synchronization features said Todd Kerpelman, a Google developer advocate in a separate blog August 8.

Organizations using Firestore in the Datastore model will see some substantial improvements in database performance and availability. But they will not get all of the features of Cloud Firestore such as real-time updates and offline support, Kerpelman said.

“This upgrade will require no code changes and will be completed with no scheduled downtime,” said Google product manager Dan McGrath in the separate blog announcing the updates.

Another upgrade that Google announced this week is the ability for Cloud Firestore users to import and export Firestore data. The feature makes it easier for organizations to migrate their data to other database if they want to and also to perform tasks such as data backup or to make copies of the data for use in other development projects, McGrath said. Google engineers are also working on making it easier for organizations to deploy and test security rules for applications using Cloud Firestore.