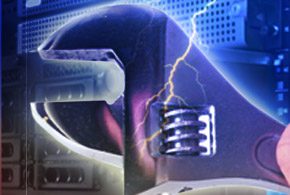 Google has unveiled a host of changes in several of its online services, including a new chat experience in Google Drive, a new look for the Google Groups user interface and the ability to add events to a user’s Google Calendar from their Gmail account.

The updates were unveiled in a series of posts on the Google Apps Updates Blog.

Users of Google Drive’s Docs and Slides capabilities can now have a chat session that is similar to the ones they can use in Gmail, according to a May 7 post.

Users can now start a group chat with just one click by selecting “the new chat button at the top right and a chat box will appear, making it easy for you to quickly message everyone who is in the file,” the post stated. “Additionally, if collaborators or viewers have an active Google+ profile, you will see their profile picture on top instead of just their name. This feature will be available in Sheets soon.”

The feature is available to users of Google Apps for Business, Education, and Government.

“More often than not, you need to work with others to get things done,” wrote Eric Zhang, a Drive software engineer, in a post on the Official Google Enterprise Blog. “Today, working together in Drive is getting even easier with new profile pictures and one-click group chat.”

Also getting an update is the Google Groups user interface after a one-year transition, according to a May 7 blog post. A new look for Google Groups was created in May 2012, and it will now be replacing the old layout as of June 10, the post reported.

“This design offers a new and improved user interface” as well as other new features, including a collaborative inbox, rich text formatting of messages in the Groups interface and the ability to move posts to a different discussion, mark it as a duplicate or assign it to someone else, according to the post. Also new is the ability to assign customizable roles and permissions for people using Groups.

After June 10, users will automatically be transitioned over to the new UI and will not have the option to go back to the old one, according to Google.

Google Calendar’s update involves the ability of users to now add events to the calendar right from their Gmail accounts, according to a May 7 blog post.

“Dates and times within emails are now lightly underlined” under the new look, said the post. “You can click them to schedule events at those dates and times without ever leaving Gmail. When you click on one of these underlined dates, you will be able to preview your schedule for the day and change the title, date or time of the event.”

The event can then be added to a user’s calendar by clicking on “add to calendar,” while the calendar event will include a link back to the original email so users will always have context about how things were scheduled, the post reported. The new calendar capability is only available to accounts maintained in English. Other languages will be included in the future, according to Google.

One other change Google is unveiling is the immediate shutdown of an email and contacts importing tool that previously allowed new Gmail account holders to import their mail and contacts from another provider, according to a May 2 blog post.

“We are exploring new long-term solutions, but in the meantime users can still import mail and contacts to their Gmail accounts,” the post stated. “Messages can be imported using Mail Fetcher and Contacts can be imported from CSV files.”

Last December, Google dropped the free version of its Google Apps for Business online suite after deciding that most business users have been quickly outgrowing it and signing up for paid accounts that offer additional services. The move came seven years after Google first began offering the free Google Apps services.