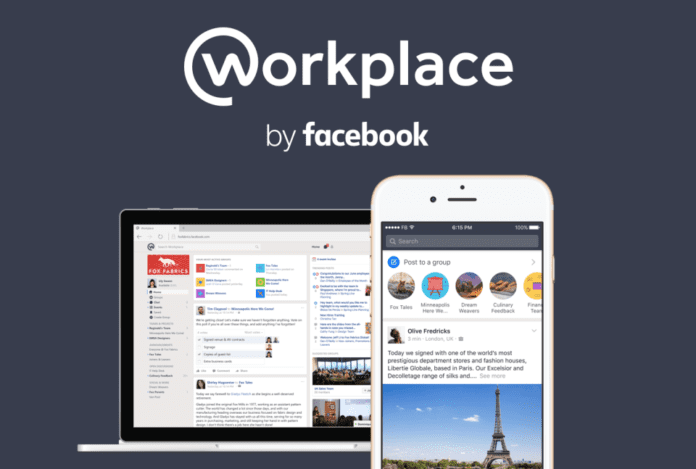 Box and Facebook have a few things in common. Both were founded around the same time (about 12 years ago), both were started up by young millennial IT wunderkinds and both began as consumer-oriented cloud services products that have moved (Box)—or are moving (Facebook)—into the enterprise realm.

Facebook, of course, is still mostly a consumer web app, but a big part of its future is aimed at the enterprise. The world’s largest and busiest social network Oct. 10 officially launched its Workplace by Facebook service, which was being called Workplace and then Facebook at Work during its beta phase. (Looks like there was an internal branding war going on over at the Facebookplex in Menlo Park there for a while.)

Box is providing the storage and the collaboration apps inside the Workplace environment. It is also providing connections for users to locate and transport files and other forms of data between Box storage and Facebook’s lineup of apps, all inside one environment.

Facebook’s Been Planning Entry to Enterprise for a Few Years

Facebook clearly signaled that it was moving into the platform-as-a-service (PaaS) space a year-and-a-half ago at its F8 conference.

Workplace, launched at a special media event in London Oct. 10, already has been in daily use for months by more than 100,000 people in several different multinational companies, including Starbucks, Club Med and Royal Bank of Scotland. Its purpose is to provide secure daily workflows, data movement and internal communications inside enterprises.

Workplace is something completely new for the social network. It will be installed as a separate version of Facebook that can be accessed only from inside an enterprise IT system and subject to all the enterprise access policies. No personal accounts will be able to connect to Workplace; it will exist in similar fashion to a Salesforce.com cloud application.

Most communication among employees inside a Workplace installation will be on the internal network itself and the Messenger platform.

One of the byproducts of its appearance on the scene might well be to kill email, the venerable all-time enterprise and consumer application champion. Of course, there are those who believe we will not see the end of email anytime this century; on the other hand, there are those who believe messaging will overtake and replace email within the next several years. You can argue ad infinitum on that one.

Box is providing a lot of key functionality inside the Workplace environment. For example, users of Workplace will be able to pull photos, videos and documents from their corporate Box accounts directly into their Facebook news feed, chat or group interactions using a couple of clicks. To do that now, one has to fumble around with separate apps—a clunky and time-consuming process.

Likewise, users will be able to save content from Workplace into their corporate Box accounts.

Box founder and CEO Aaron Levie told eWEEK that his company has been working with Facebook in the background in preparation for this integration for about two years.

“It wasn’t public (until now), but for the past couple of years as Facebook has started to ramp up their Workplace efforts, we got engaged with them pretty early on,” Levie said. “And then, over the past couple of quarters, as they have been driving toward their ultimate launch of the product, we ‘ve been working with them to build out a future integration strategy.

“We just want to be the way that content is stored, secured and managed inside the enterprise, and we want to extend those files that people work with into any application that they’re using,” he continued. “As Facebook continues to grow inside of the workplace, that’s a very important area of integration for us.”

The ability to instantly see all your colleagues’ profiles and chat with them or find out about important updates in the business is “incredibly powerful when it’s all coming from an interface that the world is already familiar with,” Levie wrote in a blog post.

“For a decade, various companies have tried to deliver Facebook-like enterprise tools without much success, but now that longstanding dream can finally be realized,” Levie said.

Don’t look now, but Box suddenly has an impressive list of big-time corporate partners, including IBM, Samsung, Microsoft, Google, Salesforce and now Facebook. We can expect more Box integrations into platforms and applications run by these folks, too.

Workplace is not the first business-type platform Facebook has launched. The company Oct. 3 announced a new feature called Marketplace, an e-commerce hub that initially will be available through its mobile app. It’s designed to provide a single place for users to buy and sell goods and services through the social network.