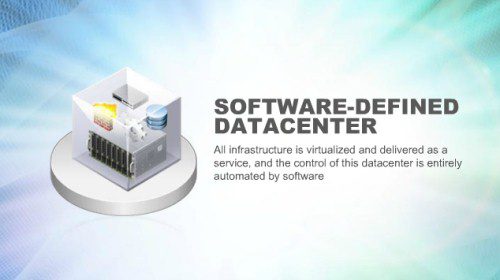 LAS VEGAS—First of all, think of EMC as a federation of four companies: storage-oriented EMC, security-oriented RSA (actually a division within EMC), virtualization-oriented VMware and the newest addition, cloud-platform provider Pivotal.
Those four companies are aligned in their focus on the enterprise, overseen at the strategic level by Chairman and CEO Joe Tucci, exist in a realm of alignment on broad corporate goals, and yet are able to go their own contradictory ways as markets demand. The organization is the oddest configuration in the technology landscape, yet it has continued to financially outperform its more conventionally organized competitors.
While each of the four companies has a set of unique challenges, the era of software-defined everything has been infused throughout the federation. This software infusion, and potential points of federated conflict, was quite in evidence this week at the annual EMC World conference here at the Venetian.

Why EMC’s Strategy Is ‘a Little Different’
Tucci described the gang of four (my words, not his) strategy as a “little different” from the rest of the industry during his keynote at this year’s event. Part of his address was devoted to the shift from the “second platform” computing model marked by structured databases, client-server computing and an internal corporate focus to the emerging third platform of big data, mobility, open standards, trust and automation.
He borrowed—and attributed—the third platform model from the researchers at IDC, but the shift from second to third was a recurring theme. The term “software defined” has found a home in front of just about all of EMC’s products and services.
The theme is playing out differently in the four largest pieces of EMC:

—EMC itself is now striving to become the storage engine for customers intent on bringing their IT infrastructures into the cloud environment. The company’s main product introduction of the conference was its ViPR overarching storage management platform.

EMC has been shifting from being storage hardware to storage management and software vendor, and ViPR highlights this shift. EMC enjoys a comfortable lead in the enterprise storage marketplace, but the competition is now shaping up from the likes of companies seeking to emulate the massive storage capabilities of the Googles and Facebooks that married commodity hardware with homegrown storage management.

EMC contends it will be as open as anyone and will also champion standard components. But emerging standards such as OpenStack’s Swift and pricing structures offered by the likes of Amazon’s S3 and Redshift represent a new model of competition.

—RSA is facing this shift to third platform computing by essentially leaving behind the idea of digging ever deeper data security moats and embracing the concept of security analytics to detect and deter security attacks.

RSA is one of those iconic technology brands whose token-based authentication is still a mainstay at many government agencies and enterprise security departments. The shift to an analytics approach is necessary, but it is unclear if RSA can outdistance the many security analytics startups formed around the shift toward analysis-based security.

—Pivotal is the company’s most aggressive push into the cloud computing era. The company took a loosely aligned stack of acquired companies and is seeking to build out a cloud infrastructure service. This is one of those big opportunity, big risk moves. CEO Paul Maritz, the heir apparent to Tucci, has promised that the result will include the capabilities for customers to pick the cloud infrastructure of their choice—Amazon Web Services, VMware’s vCloud, OpenStack or Microsoft’s Azure. That transferability even to competitors of VMware will test the EMC federation bonds.
EMC has proven its ability to compete against companies ranging from giant IBM to smaller startups. This time EMC may be competing against the very concepts it is endorsing. Technology managers are indeed embracing open standards, mobility, automation and trust; they just might not be willing to pay for EMC’s flavors of those trends.
About Eric Lundquist

Eric Lundquist is a technology analyst at Ziff Brothers Investments, a private investment firm. Lundquist, who was editor in chief at eWEEK (previously PC Week) from 1996-2008, authored this article for eWEEK to share his thoughts on technology, products and services. No investment advice is offered in this article. All duties are disclaimed. Ziff Brothers Investments may at any time invest in companies whose products are discussed in this article, and no disclosure of securities transactions will be made.