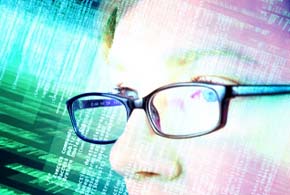 The concept of the cloud was born with Amazon’s public cloud, though a new study shows that enterprises in both the U.S. and the U.K. increasingly are interested in a hybrid cloud approach, melding both private and public components.

Sixty percent of respondents see a hybrid cloud solution as the right approach for cloud deployment, according to the study, which was sponsored by cloud hosting vendor Rackpace and conducted by research firm Vanson Bourne, with a random mix of 400 IT leaders in the U.S. and U.K.

That finding surprised Rackspace CTO John Engates. “60 percent is a large number,” Engates told eWeek. “We thought pure public cloud would stand out as a larger option, but it appears that a big portion of the market is already aware of the benefits that hybrid cloud can provide to their business.”

As to why organizations see a hybrid cloud approach as the right way to implement cloud, rather than just using the public cloud, there are a number of reasons. At the top of the list is security, which was cited by 52 percent of respondents; 42 percent indicated that they are using a hybrid cloud because it offers more control, while 37 percent indicated they it provides better performance or reliability.

From a realized-benefits perspective, 46 percent of respondents said they have reduced their costs by moving to a hybrid cloud approach.

“This physical segregation leads to the best possible situation to provide a high level of security isolation,” Engates said. “This also means that it’s often easier to meet compliance requirements because auditors can evaluate the environment from end to end.”

In many enterprise data centers, VMware is currently the server virtualization technology of choice. The demand for a hybrid cloud solution is one that VMware has also seen. In May, VMware formally launched its hybrid cloud service as a way to help existing VMware users move to the cloud.

Rackspace is also capable of hosting VMware, and Engates explained that the company’s VMware offering is one of the pillars of its hybrid portfolio.

“Rackspace also offers a range of migration services that customers can use to move workloads from on-premises VMware environments to a Rackspace-hosted VMware environment, or even to cloud or dedicated servers,” Engates said. “We advise our customers as to which platforms are the most suitable for the workloads they are bringing on board.”

Some study results differ from the Rackspace findings. A recent study conducted by Palmer Research and eWEEK publisher QuinStreet found that while this hybrid model may eventually become commonplace, private clouds are currently the most popular deployment model, especially among larger enterprises.

Often, the challenge is that it can take a new mindset to understand what the various cloud deployment options can provide a business, Engates said. Ensuring that an organization understands how to address the new way of doing IT through avenues like programmable API access, cloud automation and multi-platform configurations can also be challenging, he added.

“Moving to a hybrid world can also lead to pushback due to inertia in the organization, as [those accustomed to] the old way of IT could find it hard to change traditional models of doing business,” Engates said. “In many cases, new skill sets and processes are needed to adapt to the changes.”