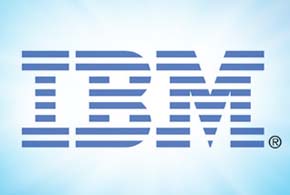 The latest global analysis from Synergy Research Group ranks IBM as the top hybrid and private cloud provider for the enterprise and positions the company among the top three providers in the cloud market for the third quarter of 2014.

IBM also announced a series of global enterprise clients in industries, including telecommunications, publishing and security, turning to it for cloud computing.

Korean e-publishing company, Artgrafii, has deployed its platform that creates and distributes professional content on the IBM Cloud to enable it to store, edit and manage online content more effectively as it expands outside Korea. Additionally, Artgrafii is using IBM Bluemix for fast product enhancements and new service development.

IBM is partnering with one of the Netherland’s largest telecommunications services providers, KPN, to extend its cloud services in the Dutch market. With data center capacity across the Netherlands, IBM will provide KPN and its end users cloud services that not only meet in-country data residency requirements, but will also offer them the choice between three infrastructure-as-a-service (IaaS) delivery models: bare metal servers, single-tenant virtual machines and multi-tenant virtual machines.

“Synergy’s findings show IBM’s successful commitment to provide public, private and hybrid cloud services enterprises need to address existing business needs and position them for future growth regardless of their industry or specialization,” said James Comfort, IBM’s general manager of cloud services, in a statement. “The study reinforces IBM’s position as the cloud platform for the enterprise.”

Artgrafii has been preparing to expand the reach of its Saegeul service, a platform that creates and distributes professional content, such as novels, technical documents, tutorials and more via the Internet. The company had planned to launch its product in the United States, but its previous IT infrastructure could not support its growth.

In its search for a cloud infrastructure provider, Artgrafii had two major considerations, IBM said. First, it needed to house its massive amount of content in a secure location outside Korea. Secondly, it was looking for a way to create new products and services. Artgrafii chose SoftLayer for its agility and stability through its global private network and to build an IT infrastructure that enables faster support of customer demands while concurrently handling massive amounts of download and upload traffic.

“As a startup, we were hesitant to expand overseas because of cost, time and technical reasons,” said Jaehee Hwang, president of Artgrafii, in a statement. “Now, by choosing IBM’s cloud, we can minimize risks and maximize overseas opportunities by leveraging IBM’s presence in those markets. SoftLayer’s infrastructure and advanced Bluemix development platform will enable us to provide a fast and stable Saegeul service to our customers globally.”

KPN delivers value-added cloud services to more than 1 million small, midsize, large and corporate businesses across the Netherlands. The company is investing in further developing its cloud-based services that evolve from current focus areas on the end user to delivering services such as storage, back-up and computing power. KPN looked to SoftLayer to provide the infrastructure needed to improve its cloud-based platform offering. With new services on top of the IBM Cloud, KPN is planning to expand into new markets to offer new cloud-based software and business process to new and existing clients.

“Our clients are turning to cloud to improve speed and agility of their business, which are critical factors for success,” said Eelco Blok, CEO of KPN, in a statement. “We were looking for a strong cloud partner that could offer our clients an easily accessible, flexible and secure cloud platform. IBM also has a broad set of services that allow us to build our current and future cloud portfolio on it.”

“KPN´s choice of selecting SoftLayer for the delivery of their infrastructure-as-a-service enables them to provide highly scalable services that can be rapidly deployed and that stay on the leading edge of innovative developments,” said Harry van Dorenmalen, general manager IBM Benelux, in a statement. “With the IBM Cloud, KPN has an enterprise-ready cloud infrastructure that can expand to accommodate any workload, providing it with the flexibility that it needs to continue its in-country growth.”

Meanwhile, Gama Operations specializes in developing telecommunications systems for Private Brand eXchange (PBX) and Internet-based PBX (IP PBX) to connect telephone extensions of a company to external telephone and mobile networks. The company offers a unified security platform, providing solutions for all elements of communications within organizations, including switchboard, tablets, land line, mobile, desktops and laptops. With more than 15,000 installations in large and midsize enterprises, Gama Operations serves customers in Israel, Europe and South America from various industry sectors, such as the public sector, banking, telecommunications and technology.

Prior to launching its service on SoftLayer’s cloud infrastructure, Gama Operations offered its secured communication solutions as an on-premise software product or on a private cloud environment operated by the customer. It recently migrated to the IBM Cloud to enable the company to deploy its services in a matter of minutes rather than days and to save its customers the need to invest or pay any up-front charges during the initial step.

Running its new system on SoftLayer’s cloud infrastructure enabled Gama Operations to provide a solution that fits customers of all size and needs that can use its service to encrypt their phone calls by downloading Gama Operations’ application. The secure calls can be managed on WiFi networks and third-generation cellular networks.

“Being a real-time solution, we had to guarantee a secure, high performing infrastructure for our encryption system,” said Eyal Alon, CEO of Gama Operations, in a statement. “Stability, survivability, bandwidth and intense servers, including the options for monitoring and control, were crucial for us to guarantee the high service level for our customers.”

In addition, IBM and China-based Tencent Cloud recently signed a business cooperation memorandum to collaborate on providing public cloud with software-as-a-service solutions for industries in China. The companies agreed to focus on emerging small and midsize enterprises in the smarter cities and smarter health care industries as well as other fields.

IBM has been investing heavily in beefing up its cloud infrastructure, including committing $1.2 billion to expand its global cloud footprint. In the third quarter of 2014, IBM reported that cloud revenue was up more than 50 percent year-to-date and that cloud delivered as a service was up 80 percent, with a third-quarter annual run rate of $3.1 billion. Also, last month, the company announced the biggest win for its cloud business to date—SAP’s selection of IBM to provide cloud infrastructure services for its business-critical applications.