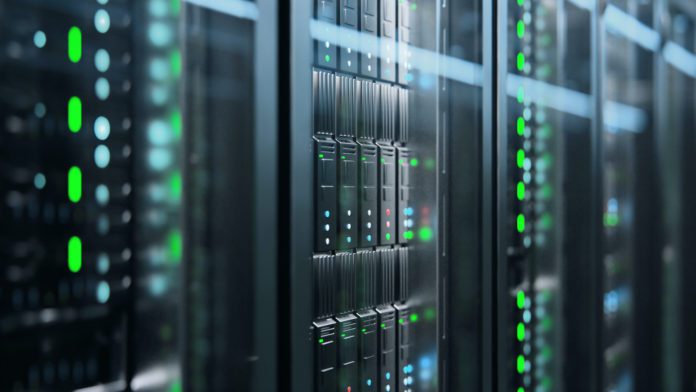 IT costs are complex and difficult to figure out. First consider traditional IT, better known as on-premises. On one hand you have the cost of the hardware, the software, and the data center space. We all know that’s just the beginning. There are operating and administrative costs, including the cost of the many humans needed to keep your infrastructure running. Also factor in the cost of setting up disaster recovery systems, power and networking costs.

In contrast, cloud computing costs can be easier to figure out because they are mostly fully loaded. That is, cloud invoices include all the costs listed above and you pay only for usage fees. Cloud providers charge service fees based upon the minutes you use or the resources you leverage such as storage, compute, and networking.

When it’s time to compare costs, cloud computing and traditional computing are like apples and oranges. As cloud computing became a more viable solution for many enterprises over the last 12-15 years, we improved our ability to provide accurate cost metrics to evaluate the true cost of each option and make better decisions about which type of computing to use.

Many now believe that traditional on-premises IT resources – such as storage and compute servers, power supplies, networking equipment – come in a distant second to public cloud computing services. However, in certain cases, there are still valid reasons to use traditional IT resources, and many of those reasons relate to costs.

Keep in mind, you must be creative and thorough to consider the true value of each. While cloud computing might initially appear more expensive, the business values of agility, speed, and increased innovation may boost the true value of cloud over and above traditional on-premises solutions.

Cloud computing is not always cheaper than traditional on-premises systems. The “it depends” answer that consultants often give reveals the complex reality of cloud costs versus traditional hardware and software for specific enterprises with specific goals.

Further confounding the issue is that prices for traditional IT resources such as hard disk drives (HDDs) fell over the last 10 years, with prices for solid state drives (SSDs) close behind. Most experts expect SSD prices to be lower than HDDs in the very near future. At the same time, cloud storage prices did not drop by the same degree, and some providers’ storage prices may even creep up.

But again, you can’t do a straight comparison of cloud costs versus traditional IT resources for items such as storage and compute. As we mentioned above, there are many hidden costs that are part of traditional hardware and software ownership.

What’s more, you must consider the soft values of cloud. Soft cost business values are much more difficult to calculate. Soft values include cloud’s ability to make it easier for the business to innovate with quick access to higher tech solutions such as AI, containers, advanced data analytics, and other emerging technologies that would be too expensive and too slow to deploy if they were provisioned using traditional hardware and software.

What takes five minutes to do in the cloud could take a month or more if you follow the normal enterprise procurement cycles. What’s more, the traditional route could cost as much as 1,000 times the cloud capital costs needed to invest in physical servers and software. Remember, the initial value of cloud computing is its ability to save on capital expenses (CapEx) by moving that money to operational expenses (OpEx).

The True Value of Cloud

With all that said, this is still an important question: Is cloud computing worth the cost?

Again, the truthful answer to this question is the good old, “it depends.” The multidimensional answer really depends upon your business, your industry, and how you expect to leverage technology now and into the future.

For example, let’s say you’re a small tire manufacturer in Ohio. You don’t plan to expand the business anytime soon, only light innovation will occur in your business, and the business is very cost and margin sensitive. Cloud computing may not provide enough ROI benefits in this case. Factor in the cost of migrating to the cloud and the risks you’ll have to endure if there is no real benefit from the soft values of innovation, agility, and speed to deployment, then this business probably won’t see the value of cloud computing.

On the other hand, if you’re a brand-new tire manufacturer with no sunk costs in a data center and a new vision for disrupting the tire market, cloud will almost always be the best answer.

Looking at the vertical market aspect, a high-tech company in Silicon Valley will typically put a much higher value on innovation to build new products and services. Speed to deployment to support market efforts are normally on the critical path of enterprises in that industry. Agility also plays a role, which allows a company to change directions as the market changes around them. For companies in this market space, the cost of cloud computing could be 100 times that of traditional on premises computing, and it would still be worth it.

There is one more elephant in the room. As R&D spending by vendors shifted to cloud computing over the last 10 years, so did innovation. Today the best-of-breed technologies (including security, databases, analytics, and AI) typically exist only in the cloud.

Even enterprises that do not see the ROI value of a move to the cloud (such as our tire company example above) may find they have little choice as vendors begin to ‘sundown’ their traditional on-premises systems and software. Many call this the “forced march to the cloud” as vendor R&D resources shift to build more in-demand products and services for the cloud. We’ve dealt with these natural forces in the market many times in IT over the years. Recall the shift from mainframes to PCs, client/server, SOA, and other trends that took over vendor R&D spending in the past, and thus forced enterprise IT to follow the spending.

The reality is that most cloud computing is worth the cost. Cloud capabilities such as agility and innovation bring many positive benefits to businesses that can exploit them for growth. Even when cloud values are not as obvious, the market forces will continue to push many to the cloud, no matter if they can define the value for themselves, or not.

Eventually, non-cloud on-premises systems will go the way of 8-tracks and VCRs, partly due to new advances in cloud capabilities, mostly due to the lack of sales and support options. Technology constantly changes and the old eventually makes way for the new. It’s a good time to look up at the long-term path and plan for the transition.