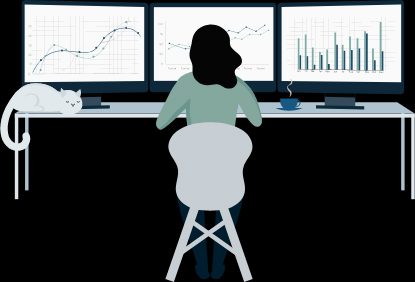 Containers have emerged as the standard for cloud-native application development, and Kubernetes, also known as K8s, is arguably the most popular container orchestration tool. A survey from the Cloud Native Computing Foundation (CNCF) revealed that 91% of respondents use Kubernetes, 83% of them in production. That’s up from 78% the previous year.

However, popular isn’t the same as easy to use. Kubernetes is a complex system. Getting started with it entails a significant learning curve. While the following Kubernetes best practices and recommendations may not be applicable to your situation, those that are can help you get more out of Kubernetes – easier and faster.

Use external hosting to kickstart your Kubernetes deployment. Depending on the type of hosted service you choose, your team won’t have to deal with manually provisioning the control plane components, adding nodes to expand your cluster, or configuring the pods that support your containers. They also won’t have to implement role-based access control (RBAC) to secure your separate environments or instrument monitoring and logging for your cluster.

2) Use the Latest Version

Use the newest version of Kubernetes. In addition to updates and additional features, the latest release will have patches to previous version security issues. This is critical for mitigating many of the vulnerabilities that could affect your cluster. Older versions also don’t get as much support from the Kubernetes community.

3) Use a Version Control System

You should store configuration files related to your deployment, ingress, services, and other files in a version control system before pushing to a cluster. This helps you keep track of who made changes and implement a change approval process to improve your cluster’s stability and security.

4) Use Labels and Annotations

As the number of objects in your cluster grows, it gets more difficult to find and organize them. Labels ─ key/value structures assigned to objects ─ let you attach meaningful and relevant metadata to cluster objects so they can be categorized, found, and operated on in bulk.

You can use labels to determine whether a pod is part of a production or a canary deployment and whether it’s front-end or back-end. They can also specify which layer an object belongs to and its release version, as well as differentiate between stable and alpha releases.

5) Use Readiness and Liveness Probes

Without resource requests and limits, pods in a cluster can use more resources than required. If the pod starts consuming more CPU or memory on the node, then the scheduler may not be able to place new pods. Even the node itself may crash.

For both requests and limits, it’s typical to define CPU in millicores. Memory is defined in megabytes or mebibytes.

Base images can consist of up to 80% of packages and libraries that won’t be needed. Instead, use smaller container images such as alpine images which are 10 times smaller than base images. They require less storage space and will help you pull and build the image faster. Also, the smaller the container image, the less chance of security issues. You can then add any packages and libraries required to run your application.

Monitor workload and resource consumption and the performance of control plane components, including Kubernetes API, kubelet, etcd, controller-manager, kube-proxy, and kube-dns. This will identify issues/threats within the cluster and increase its latency.

You should also use automated monitoring tools rather than manually managing the alerts.

Vertical pod autoscaler recommends suitable values to be set for CPU and memory requests and limits. And it can automatically update the values.

Cluster autoscaler expands and shrinks the size of the pool of worker nodes. It adjusts the size of a Kubernetes cluster depending on the current utilization.

Use GitOps, a Git-based workflow, as the preferred model for using Git as the single source of truth for all automation, including CI/CD pipelines. Using a GitOps framework can help improve productivity by speeding up application development and lowering deployment times. It can also enhance error traceability and automate CI/CD workflows.

Because high-disk usage can affect cluster performance, you should regularly monitor all disk volumes associated with your cluster, as well as the root file system. With alert monitoring, you’ll be able to take corrective actions either by scaling or freeing disk space when needed.

Stateless applications make it easier to migrate and scale as and when required according to business needs.

Assign roles to each user in your cluster and each service account running in your cluster. Roles in RBAC contain several permissions that a user or service account can perform. You can assign the same role to multiple people and each role can have multiple permissions. RBAC settings can also be applied on namespaces. If you assign roles to a user allowed in one namespace, they will not have access to other namespaces in the cluster. Kubernetes provides RBAC properties such as role and cluster role to define security policies.

14) Use Third-Party Authentication for API Server

Integrate Kubernetes with a third-party authentication provider to take advantage of additional security features such as multi-factor authentication. Doing so also helps ensure that kube-apiserver doesn’t change when you add or remove users. Make sure users aren’t managed at the API server level if possible.

You’ll find information on setting up a network policy in the Kubernetes documentation.

The UID (the Kubernetes systems-generated string that uniquely identifies objects) of the user running a container maps directly to the host. If the container runs as UID 0 (root), it will also appear as root on the node it’s running on.

Kubernetes has built-in protections to prevent escalation of privileges with this mechanism, However, there’s always a chance that security issues could allow for escalating privileges. Avoid the situation by not running run your containers as root. Instead, modify the Dockerfile for your built containers to create and use a user with a known UID.

Most cloud implementations for Kubernetes already restrict access to the Kubernetes API for your cluster by using RBAC, Identity & Access Management (IAM), or Active Directory (AD). If your cluster doesn’t use these methods, set them up using open source projects for interacting with various authentication methods.

Another important security measure is to restrict SSH access to your Kubernetes nodes. You typically wouldn’t have port 22 open on any node but may need it to debug issues at some point. Configure your nodes via your cloud provider to block access to port 22 except via your organization’s VPN or a bastion host. You’ll be able to quickly get SSH access but outside attackers won’t.

Regularly audit all logs stored at /var/log/audit.log to identify threats, monitor resource consumption, and capture key event heartbeats of the Kubernetes cluster. The Kubernetes cluster default policies are defined in the /etc/kubernetes/audit-policy.yaml file. You can customize them for specific requirements. You can also use Fluentd, an open-source tool, to maintain a centralized logging layer for your containers.

These Kubernetes best practices are just some of the many that are available to help make Kubernetes an easier and more valuable system to use in application development. Nonetheless, there’s still a lot to learn to use Kubernetes effectively.

Alexander Ivenin is a System Technical Lead at ClearScale.