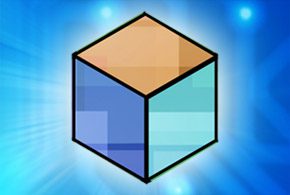 Microsoft added Kubernetes support to Azure Container Service (ACS) last November, albeit on a preview basis. Today, the company made it official.

“Azure is the only public cloud platform that provides a container service with the choice of the three most popular open source orchestrators available today. ACS’s approach of openness has been pivotal in driving the adoption of containers on Azure,” stated Das in his Feb. 17 announcement.

Brendan Burns, Kubernetes co-founder and partner architect at Microsoft, noted in separate blog post that Kubernetes and other orchestrators are not only paving the way for cloud container-as-a-service (CaaS) offerings like Azure Container Service and Google Container, they’re leading the platform-as-a-service (PaaS) market in a more developer- and business-friendly direction.

“Building a platform as a service on top of container as a service is easy enough that you could imagine giving it out as an undergraduate computer science assignment,” wrote Burns. “This ease of development means that individual developers with specific expertise in a vertical (say software for running three-dimensional simulations) can and will build PaaS platforms targeted at that specific vertical experience.”

Finally, Azure Container Service now supports version 1.8.8 of the Apache Mesos-based DC/OS container orchestrator. Released on Feb. 10, DC/OS 1.8.8 includes the Metronome orchestration framework for running scheduled jobs, Das said. “This has been added to a new Jobs tab in the DC/OS UI, along with a number of other UI improvements; and the addition of GPU [graphical processing unit] and CNI [container network interface] support in the Universal container runtime,” he added.

In the meantime, the application container market is gearing up to cross a major milestone in 2017.

This year, the market will generate more than $1 billion in revenue, up from an estimated $762 million in 2016, according to a recent forecast from 451 Research. By 2020, the analyst firm projects that the market will reach nearly $2.7 billion.

“Two things stand out from our market sizing and research on containers: the breadth and diversity of vendors basing their offerings on containers or integrating and partnering to better support containers in their products, and the speed at which the container software and market are maturing based on production, use and revenue growth,” observed Greg Zwakman, vice president of Market and Competitive Intelligence at 451 Research, in a statement.