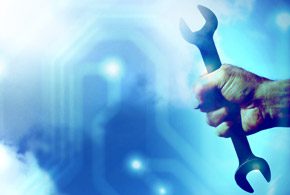 As promised back in October as part of an expansion of the Microsoft’s hyperscale cloud capabilities, the company has made its new G-Series virtual machines (VM) for Azure generally available.

G-Series is the new king of Azure VMs, according to Corey Sanders, director of program management for Microsoft Azure. “G-series sizes provide the most memory, the highest processing power and the largest amount of local SSD [solid-state drive] of any virtual machine size currently available in the public cloud,” he said in a Jan. 8 Azure Blog post.

On the storage front, G-Series VMs support up to 64 attached disks for a total of up to 64TB of storage. All told, five G-Series sizes are available, ranging from G1 plan with two cores, 28GB RAM and 412GB of storage capacity to the top-of-the-line G5 plan described above. Currently, G-Series VMs are only available out of the company’s Western U.S. Azure data centers.

To help organizations better manage their cloud data security, Microsoft unveiled a public preview of its new Azure Key Vault. A scalable, cloud-based alternative to on-premise hardware security module (HSM) appliances, Azure Key Vault simplifies key management and speeds up applications by eliminating the need for cryptographic operations to make the trip from an HSM to the cloud and back, Sanders said.

“Azure Key Vault helps customers safeguard and control keys and secrets using HSMs in the cloud, with ease and at cloud-scale. Key Vault can be configured in minutes, without the need to deploy, wait for or manage an HSM and has a single programming model across HSM-protected and software-protected keys,” he stated.

Finally, the company announced Azure Marketplace’s first Docker image, Docker on Ubuntu Server by Canonical and Microsoft Open Tech. In terms of business computing, Docker is taking the cloud world by storm due, in large part, to its lightweight, containerized approach to virtualized applications that allows organizations to skip the one OS per VM requirement.

“Users can now easily select a Docker gallery item and provision an Azure Ubuntu VM with the latest Docker engine immediately ready to use,” said Sanders. Previously, the process required users to install the Docker extension to a running Linux VM, he explained.