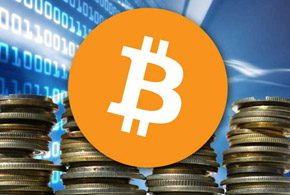 Microsoft is jumping on the Bitcoin bandwagon.

The company announced that as of Dec. 11 in the United States, “by using BitPay, the world’s leading bitcoin payment processor, you can trade-in bitcoin—at current market value—and add it to your Microsoft account,” in a blog post. “Those funds can then be used to purchase content in the Windows Store, or in stores that house Xbox Games, Xbox Music or Xbox Video.”

Eric Lockard, corporate vice president of Universal Store at Microsoft, described the move as a way of “giving people options and helping them do more on their devices and in the cloud.”

“The use of digital currencies such as bitcoin, while not yet mainstream, is growing beyond the early enthusiasts,” he said in a statement.

An early pioneer in cryptocurrencies, Bitcoin is on a rollercoaster ride toward mainstream acceptance.

Confidence in Bitcoin rebounded after the hacker-instigated collapse in February of Mt. Gox, the former leading Bitcoin exchange, in part after organizations like Bloomberg began giving the cryptocurrency some serious consideration. On April 30, the financial media and services powerhouse said it would begin tracking Bitcoin pricing on its Bloomberg Professional service.

“Clients are increasingly interested in Bitcoin and other digital currencies and are looking for tools to better monitor developments in these markets,” stated Bloomberg in a press statement. Bloomberg Professional boasts over 320,000 subscribers.

Bitcoin got another boost in July when the New York State Department of Financial Services released a proposal to regulate digital currencies in the state. The proposal drew over 3,700 comments. Meanwhile, Google added Bitcoin exchange rate information via a simple search ($355.02 per Bitcoin as of this writing), and Dell announced that Bitcoin would be accepted as a payment method for dell.com technology purchases.

Naturally, cyber-criminals soon flock to where there’s money to be made.

Last year, security researchers discovered that the massive ZeroAccess botnet was being used to mine Bitcoins. Without having to pay for computing hardware, electricity and most of the other costs associated with the activity, Bitcoin mining made a tempting target for botnet operators.

“The logic dictates that they wouldn’t be doing it unless they were generating a lot of Bitcoins,” Richard Henderson, security strategist with Fortinet, told eWEEK’s Robert Lemos. “They are probably just sitting on their Bitcoins. Will they cash out? It’s impossible to say.” ZeroAccess was effectively shut down months later by the FBI and Europol’s European Cybercrime Centre, with the help of Microsoft and A10 Networks.

Despite Bitcoin’s ups and downs, Microsoft sounded a bullish tone in its Dec. 11 announcement. Lockard said Microsoft expects the growth in the digital currency “to continue and allowing people to use bitcoin to purchase our products and services now allows us to be at the front edge of that trend.”

Bitcoin funding is currently restricted to the aforementioned Microsoft app and content stores. And there are limits to how many Bitcoins customers can use to charge up their accounts.

“There is a cap on how much you can exchange per day: $1,000 (or its equivalent in your country or region’s currency) to your Microsoft account on any given day, and no more than $5,000 to additional Microsoft accounts that are registered in your name or by you,” cautioned Microsoft.