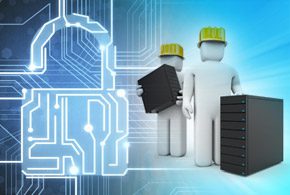 Delivering consistent database performance is the goal of a new feature Microsoft will make available in its Azure SQL cloud database early next year.

Microsoft is making  a performance-enhancing Automatic Tuning feature part of the default configuration on Azure SQL Database instances by Jan. 15, 2018.

During the recent PASS Summit 2017 in Seattle (Oct. 31-Nov. 3), Microsoft showed off many of the new Azure SQL Database enhancements that will soon enable customers to use the company’s cloud to store and manage massive amounts of business data.

But performing the data analysis can be difficult with inconsistent SQL performance. To help businesses achieve stable, predictable and optimized performance for their applications, Microsoft says it will turn on Automatic Tuning by default, beginning on Jan. 15, 2018.

“Since automatic tuning reached global availability in early 2016, the SQL Database team continued investing in improving its capabilities,” blogged Microsoft program manager Veljko Vasic, on Nov. 6. “Learning from a massive pool of customers who already adopted automatic tuning, we have made advancements in recommendation models, increased the speed and safety of applying tuning actions, and removed obstacles that prevented some of the customers from adopting automatic tuning,” he stated in the blog.

Of course, users who don’t want to enable the feature can explicitly disable it. Instructions on enabling Automatic Tuning are available in this online support document. Vasic advised users wanting to get a head start to make their configuration changes before Jan. 15.

Those actions are governed by the company’s AI, which “learns” about the performance characteristics of all the databases hosted on Azure. To help ensure that the system’s automated tuning recommendations don’t inadvertently throw a wrench in the works, changes are applied only during periods of low utilization, according to the company.

Traditionally, each Analysis Services server acts as both a processing server and a query server, a setup that can reduce response times under heavy usage. The new scale-out feature allows users to create a query pool with up to seven additional replicas, plus the one in the original server, in times of surging demand. Click here for more information.