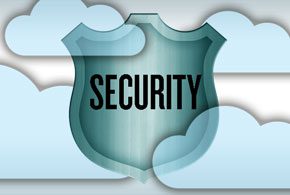 The IT industry’s attention is laser focused on security this week as the RSA Conference 2017 conference gets underway this week in San Francisco. Just before the event kicked off, Microsoft announced on Feb. 10 several new offerings and product updates aimed at helping its customers fend off hackers and keep their data safe.

Examples include the forthcoming addition of Windows Hello, the biometric login technology in Windows 10, to environments that take on on-premises Active Directory (AD) only approach to user identity and access management. Microsoft also offers Azure AD for cloud-based and hybrid-cloud implementations. The forthcoming Creators Update for Windows 10 will also feature a Dynamic Lock function that automatically locks a user’s PC when they step away from it.

The Redmond, Wash. technology giant’s billion-dollar-a-year investment in cyber-security is yielding new, analytics-based technologies that can sniff out advanced attacks.

“Our research team continues to monitor the threat landscape and innovate on detection algorithms,” continued Arsenault. “Some new threat detections available to customers include Brute Force detections, outbound DDoS and Botnet detections, as well as new behavioral analytics for Windows and Linux VMs.”

On the cloud database front, the company announced that its Azure SQL Database Threat Detection product will be generally available in April. Using machine learning to watch for suspicious database activity, the offering helps customers detect and respond to potential attempts by cyber-attackers to pilfer information from their Azure SQL databases.

Office 365, which is evolving into a productivity operating system of sorts on its own, is also being fortified with new safeguards for enterprise customers.

Office 365 Threat Intelligence, generally available later this quarter, provides real-time insights into the cyber-security landscape so that enterprise security teams aren’t caught off-guard by cutting-edge and emerging attacks, according to the company.