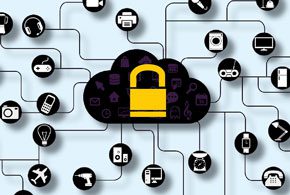 “Once a device data lands in Azure through IoT Hub, it can easily be analyzed for insights, stored, and visualized, opening up a wide range of capabilities such as predictive maintenance, remote monitoring, and full integration into Line of Business Applications for workflows automation,” said Olivier Bloch, senior program manager of Azure IoT at Microsoft, in an Aug. 7 announcement.

Integrating the services is a seamless affair, added Bloch. Users are only required to grant their Particle Cloud or Electric Imp Cloud accounts access to their Azure IoT Hub instance. Once the connection is established and data begins to flow into IoT Hub, devices appear as if they were directly connected to Microsoft’s service.

“We built our integration to virtually eliminate the complexities of deploying, commissioning, securing and managing IoT devices at scale for Microsoft Azure IoT Hub deployments,” commented Hugo Fiennes, CEO of Electric Imp, in prepared remarks.” Going a step further, Electric Imp is offering a private managed alternative to its service that is completely hosted on Microsoft Azure and is aimed at industrial IoT deployments, the companies announced.

Particle, meanwhile, is no stranger to inking deals with tech giants.

In May, the company announced it had struck a partnership with Google to improve location accuracy on IoT devices using the Google Maps API. The approach will help make IoT devices location aware without the need for power-sapping GPS components and help organizations keep better track of devices in places where GPS satellite signals may be blocked.

Elsewhere in the Microsoft cloud, the company announced an update to the Azure Time Series Insights, a data storage, analytics and visualization service that enables users to analyze billions of IoT events.