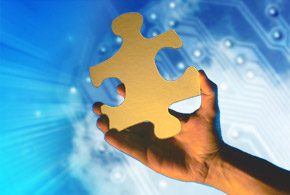 Microsoft has launched a new virtual machine (VM) machine option for cloud customers whose workloads aren’t constantly running at full tilt but may occasionally need a little more processing power. Called B-Series virtual machines, the instances offer users a way to accommodate these “bursty” cloud workloads without overpaying for the computing resources they barely use.

Many of the application, database and web server workloads currently running on Microsoft’s Azure cloud computing platform fall into the bursty category, said Corey Sanders, director of Compute at Microsoft Azure, in a Sept. 11 announcement. Customers are essentially paying for full CPU performance even though their VMs rarely require it, he explained.

Although a potentially costly state of affairs, it’s an understandable one. No business wants their applications to crash because they failed to account for an unexpected spike in demand.

As a result, some businesses are struggling to come to grips with their cloud expenses.

Plunging prices on cloud services are appealing to enterprises seeking to slash their IT costs, but many soon find out that doing business in the cloud can get pricey. Active periods can send costs soaring, many companies soon discover. Reserve instances, which are typically paid in advance, can cause an additional drain on IT budgets.

Many organizations, even those with extensive cloud computing experience, are leaving money on the table, according to RightScale’s 2017 State of the Cloud survey of over 1,000 IT professionals.

“As adoption grows, cloud bills and cost concerns are also growing. As a result, the most cited challenge among mature cloud users was managing cloud costs,” the report stated. “Most organizations, however, continue to underestimate the level of waste in cloud spend (30 percent) when compared to actual waste between 30 and 45 percent measured by RightScale.”

The burstable offering from Microsoft, available now in beta, adds cost-consciousness to the process of selecting a virtual machine for inconsistent workloads from the start.

“While B-Series VMs are running in the low-points and not fully utilizing the baseline performance of the CPU, your VM instance builds up credits. When the VM has accumulated enough credit, you can burst your usage, up to 100 percent of the vCPU [virtual central processing unit] for the period of time when your application requires the higher CPU performance,” said Sanders.

Available B Series sizes range from an instance with single vCPU, 1GiB (gibibyte) of memory and 4GiB of SSD (solid-state drive) storage to one with 8 vCPUs, 32GiB of memory and 64GiB of SSD storage. This top-of-the-line Standard_B8ms size can push CPU performance up to 800 percent above normal in times of extreme demand.