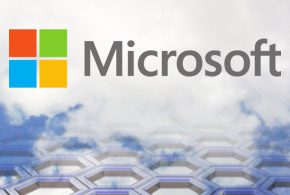 Planner is Microsoft’s answer to Trello, Blossom and other cloud-based team and project management solutions that take a visual approach to prioritizing activities, assigning tasks and collaborating with fellow team members. The software organizes projects into board and card layouts with drag-and-drop support.

Users can attach content from their Office 365 document libraries to tasks and add comments. Color-coded progress trackers provide managers with an at-a-glance view of how their projects are coming along.

Email notifications alert users when they have been assigned new tasks or added to conversations, or if a task has changed. Kicking off a plan in the software automatically creates a new Office 365 Group, noted Microsoft in an accompanying FAQ.

According to Microsoft, the company plans to add more collaboration-enabling functionality soon. “Some of the new features we plan to introduce over the next few months include the ability to assign a task to multiple users, external user access, plan templates, customizable boards and apps for iOS, Android and Windows,” blogged the company’s Planner team.

Planner is currently available to Office 365 customers with the following subscription: Enterprise E1 through E5, Business Essentials, Premium and Education.

Meanwhile, another Office collaboration tool has made its way to Apple mobile devices. The GigJam preview has been expanded to iOS devices, announced Vijay Mital, general manager of Microsoft’s Ambient Computing team.

First demoed at last summer’s Worldwide Partner Conference, GigJam is another mobile-friendly, task-centric app from Microsoft. Rather than focus on keeping projects on track, GigJam can be used to create collaborative mini-app experiences that draw data from Office content, communications, line of business applications and other sources. Users can selectively add or exclude information to keep tasks focused or comply with confidentiality and privacy requirements.

The software is yet another example of how Microsoft hopes to evolve Office from a collection of productivity apps into a platform that supports virtually frictionless workplace collaboration and helps wean enterprises off of their overreliance on email.

“GigJam breaks down artificial barriers between devices, apps and people,” said Mital in a June 7 announcement. “In this new world, work becomes communal, with each person free to summon, divvy up and share just what they want, for only as long as they need, using any device.”

The preview GigJam is now available on the iPhone, iPad, Mac and Windows, and an invitation is no longer required, added Mital. Microsoft hopes to announce its general availability sometime later this year.