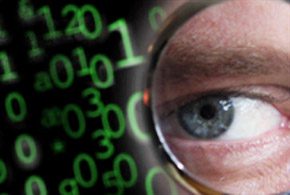 “We’ve made improvements to the way we do the network health checks,” blogged Microsoft Power BI program manager Dimah Zaidalkilani. “In addition to the updated checks, the error messages have been refined to be more actionable and help users understand what specifically failed during the network connectivity check, for example: ‘Gateway can’t access the Azure Service Bus endpoint,’ versus ‘the gateway can’t access anything outside the network,'” she added.

In another bid to improve the user experience, the Power BI team has updated the product’s interface to show the gateway’s status at a glance, along with the current version of the software and a notification that alerts users when a new version becomes available. New settings options enable users to restart the gateway service in Windows and quickly change the Windows account in which it is running.

A verbose logging option in the software’s diagnostics now allows the gateway to record output queries and related timings, said Zaidalkilani. She advised users to turn the option back off after they investigate the logs, since leaving it turned on can have a performance impact on the gateway. The software also now boasts a log export feature that packages logs into a .zip file.

New network settings include an Azure Service Bus connectivity mode, which forces the gateway to connect using HTTPS instead of TCP, or vice versa. A local network status check shows if the gateway can access external networks.

Zaidalkilani hinted at a future update with features aimed at customers using an Oracle database as a data source. The company is currently asking for volunteers to participate in a private preview of users who connected their gateways to Oracle in an environment using the Kerberos network authentication protocol.

Microsoft has been busily expanding the Power BI platform’s ability to connect to various sources of business data and perform analytics.

Last week, the company announced a new feature that builds on the connector for Amazon Web Services (AWS) Redshift that Microsoft released in July 2016. AWS Redshift is the cloud provider’s petabyte-scale data warehouse solution. “Today we are very excited to announce support for Redshift-based reports in the Power BI Service, allowing users to publish their reports to unlock seamless consumption of reports and dashboards based on Redshift data,” said Miguel Llopis, a Microsoft Power BI senior program manager, in a March 9 announcement.