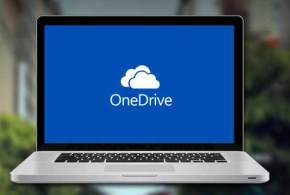 The new API, according to a statement from Ryan Gregg, principal program manager of Microsoft OneDrive, “allows developers to integrate OneDrive into their apps to store and manage user data across all major platforms, including Windows, the web, iOS, and Android.” OneDrive has emerged as a critical component in the company’s expanding cloud-enabled software ecosystem, often serving as the line between devices and app experiences.

Office 365 Home and Personal plans bundle 1TB of OneDrive cloud storage, along with PC and mobile Office apps, as part of those subscriptions, for example. OneDrive also appears a default file destination on Office 2013 applications like Word and Excel. “With this new RESTful API, you can build on a scalable cloud storage platform that reaches users across the entire family of Microsoft consumer services,” noted Gregg.

New features include “the ability to retrieve new changes to files and folders to efficiently keep a large set of files in sync with minimal calls,” resulting in snappier performance, he added. File-fragment upload support helps ensure that transfers of HD videos and other large files (up to 10GB) are completed successfully on unpredictable networks or in the event of an interruption.

Developers can now customize file thumbnail images, providing “a more integrated experience across your app and OneDrive,” said Gregg. The API also supports uploads from a public URL and special folders, like Documents, Photos and Camera Roll, which OneDrive can find if moved or, in the case of deletion, re-create when the app attempts to write to them.

“Internally, we are beginning to use the new API in all of our apps,” added Gregg. “This ensures that everyone is building on the platform with the same set of tools. Whenever we have access to new functionality, so will you.”

The API arrived just after the company kicked off the one-year anniversary of OneDrive.

Formerly called SkyDrive, Microsoft retired the brand after suffering a court defeat in a trademark case involving the British Sky Broadcasting Group (BSkyB). On June 28, 2013, Justice Sarah Asplin of the England and Wales High Court ruled that the Redmond, Wash.-based software giant had infringed on the BSkyB’s trademarks.

Months later, on Feb. 19, 2014, the company launched OneDrive. “When we announced the new name OneDrive, we noted how it is much more aligned with our vision for the future. Our goal is to make it as easy as possible for you to get all of your favorite stuff in one place—one place that is accessible via all of the devices you use every day, at home and at work,” Chris Jones, corporate vice president of Windows Services, said in a statement at the time.