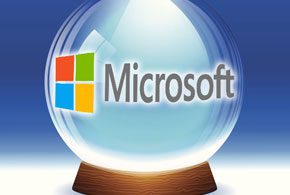 New Year’s Day is still weeks away, but Microsoft’s band of researchers are already looking forward to several technology breakthroughs next year. Their predictions for 2016 are more than some wishful thinking; they provide hints on how the Redmond, Wash., technology giant is preparing for the IT landscape of the future.

Fittingly, Microsoft published the short-term and longer-term predictions of 16 of its researchers on the company’s Website.

In 2016, Doug Burger, director of hardware, devices and experiences for Microsoft Research NExT, expects the cloud to loom ever larger over IT organizations.

“The key technology breakthrough will be the successful and large-scale inclusion of specialized compute acceleration in the cloud, which will enable large gains in big data workloads, bioinformatics, high-performance computing and many other important verticals,” he stated. “Reconfigurable computing (i.e. FPGAs) go mainstream in the data center, as a first-class compute accelerator.”

Brian LaMacchia, director of security and cryptography for Microsoft Research, believes next year will mark the start of a concerted effort to ready the computer industry for the quantum computing era.

“The key cryptographic technology advance in 2016 will be the demonstration of an end-to-end encrypted TLS connection using quantum-resistant public-key algorithms for both key exchange (for confidentiality) and digital signatures (for authentication),” stated LaMacchia. “The coming advent of quantum computers of reasonable size over the next 15 years will necessitate the migration of all our existing public-key cryptosystems to new quantum-resistant algorithms, and a quantum-resistant TLS (used for every https:// secure Web connection) is the first step.”

Sriram Rajamani, Microsoft Research India’s assistant managing director, expects 2016 to usher in more devices with baked-in security. “We will see the start of a new generation of systems solutions that guarantee security even if the operating system or other infrastructure gets compromised by hackers,” he said. “A new generation of security solutions based on trusted hardware (such as Intel SGX and comparable features from other hardware vendors) starts to hit the marketplace, transforming how we think about security.”

The debate over data security and privacy will bleed into presidential politics in the United States next year, predicts Jeannette Wing, corporate vice president of Microsoft Research. “Presidential candidates will debate the role of encrypted communication in the conflict between the need for government to protect national security and the need for companies to protect the privacy of individuals’ identity and data.”

Next year, chipmakers will look beyond graphical processing units (GPUs) in a bid to improve machine learning performance. “During 2016 we will see the emergence of new silicon architectures that are tuned to the intensive workloads of machine learning, offering a major performance boost over GPUs,” stated Microsoft Distinguished Scientist Chris Bishop.

Speech-driven, artificial-intelligence (AI) technologies will be noticeably less clunky in 2016, said Eric Horvitz, technical fellow and managing director of Microsoft Research Redmond Lab. “A visible advance in computational intelligence will be the advent of fluid, multi-step conversational dialog with machines—which will be noticeably more natural and competent than the speech interactions we’ve have had with computers and smartphones to date.”