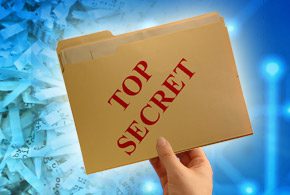 Azure Government, Microsoft’s portfolio of secure cloud services for municipal, state and federal government agencies, may soon be entrusted with some of the United States’ secret information.

In addition to providing traditional infrastructure-as-a-service and platform-as-a- service functionality, Azure Government Secret will also offer government agencies access to some of today’s cutting-edge technology. “Customers with secret requirements can expect to gain access to new technologies at scale, including services such as cognitive capabilities, artificial intelligence, and predictive analytics,” Keane added.

Another way Microsoft is helping its government customers prepare for the future is with Blockchain for Azure Government.

Across the industry, interest is steadily building around blockchain. Best known as the foundational distributed database technology that helps make Bitcoin and other crypto-currencies possible, many enterprises, especially financial technology, are interested in blockchain-based applications that are highly resistant to fraud and may one day lead to smart contracts and transaction systems that cut out intermediaries.

Sensing an opportunity, IT companies are following suit.

In March, IBM announced the release of IBM Blockchain. Based on the Linux Foundation’s Hyperledger Fabric, the enterprise-grade service allows developers to build and deploy secure blockchain networks on the IBM Cloud. Oracle jumped on the bandwagon earlier this month when the enterprise applications provider launched its Oracle Blockchain Cloud Service on Oct. 2. The company expects the service to power tamper-resistant transaction systems, helping its customers unlock new revenue streams and reduce risk.

Back on Microsoft’s cloud, Blockchain for Azure Government will enable users to develop, test and deploy their own blockchain applications. Currently, the Azure marketplace is home to a small but growing number of blockchain and distributed ledger solutions, including Azure Multi-Member Blockchain and STRATO Blockchain LTS, among others.

For government IT leaders that are interested in placing their virtual desktop infrastructure (VDI) workloads in the cloud, Microsoft will soon offer some new options for that service.