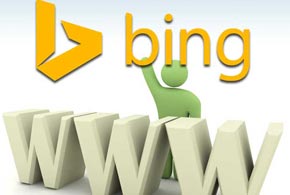 Following in the footsteps of Google, Microsoft is adding a Fact Check label to Bing’s search results, the software maker announced on Sept. 14. “The label may be used on both news articles and web pages that Bing has determined contain fact check information to allow users to have additional information to judge for themselves what information on the internet is trustworthy,” stated Microsoft Bing in a blog post.

“The label may be used on a broad category of queries including news, health, science and politics,” continued the company. “Bing may apply this label to any page that has schema.org ClaimReview markup included on the page.”

Use of the ClaimReview tag on a web page requires transparency in terms of sources, methods and citations as they appear in an online article. Microsoft also recommends that claims and claim checks should be easy to identify within the body of an article and that the ClaimReview markup contain either the complete text of a fact check or a summary that is accompanied by an evaluation of the story’s conclusions.

Websites that use ClaimReview, markup but fail to adhere to those rules and the company’s own webmaster guidelines may see their search rankings suffer, warned Microsoft.

Spotting fake news, or inaccurate and outright false reporting, has become a major priority for internet giants in the wake of the 2016 presidential election.

In December 2016, Facebook announced plans to halt fake news after scores of fake news sites used the social network to distribute their false and often politically-charged stories during the election. Since then, Facebook has changed its Graph API (application programming interface) by removing the ability to customize previews generated by sharing links. According to the company, modifying the headlines, descriptions and images in these previews was a popular tactic among purveyors of fake news.

Naturally, many legitimate news organizations and content producers are accustomed to fine tuning how their stories appear on Facebook. For those businesses, Alex Hardiman, head of News at Facebook, announced new options in Page Publishing Tools that allow them to indicate ownership of a news link and edit the accompanying information.

“This tool is another step we’re taking to limit the spread of false news on Facebook,” said Hardiman in a July 18 announcement. “We’re committed to supporting publisher workflows, while limiting malicious misrepresentations of underlying link content.”

In April, Google said that fake news and hate speech would rank lower in its search engine results, courtesy of changes the company made to its search algorithms. In addition to new technical checks that have been put in place, Google is also enlisting the general public’s help with feedback tools that work with Google’s autocomplete feature and Featured Snippets, the informational boxes that often appear at the top of a results page indicating an authoritative answer to a user’s query.