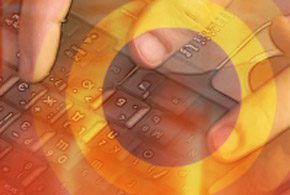 Microsoft is combining philanthropy, educational outreach and TV white spaces technology to connect remote, non-wired areas, with the goal of enabling them to participate more fully in the digital economy.

The company unveiled a new civic initiative called TechSpark, which the software giant hopes will help under served rural communities enjoy the economic spoils that information technologies bring to many connected cities and their residents.

“Our focus with TechSpark is to do more work outside the country’s major metropolitan centers. By partnering closely with leaders and communities on the ground, our goal is to learn more about regional challenges and how technology can help better contribute to local economic growth with a plan to share our learnings more broadly,” wrote Microsoft’s president and Chief Legal Officer Brad Smith, in an Oct. 5 announcement.

TechSpark will kick off in Fargo, North Dakota and its surrounding areas, followed by Northeast Wisconsin. Microsoft is also bringing the program to other regions in Virginia, Texas, Wyoming and Washington State in the next few months, said Smith.

To spur economic growth in those areas, the program will focus on digital transformation initiatives for startups and established companies, helping them modernize their business operations, Smith said. In North Dakota and Wisconsin, Microsoft is teaming with 4-H youth mentoring organizations to teach digital skills to area kids.

Microsoft is also partnering with community colleges and other educational institutions to help adults land jobs that don’t necessarily require a four-year degree and to narrow the skills gap affecting many industries. The company also pledged to extend financial and technology support to non-profits via its Microsoft Philanthropies program.

Finally, Microsoft will use its Rural Airband Initiative to bridge the digital divide for areas lacking broadband internet connectivity using TV white spaces, or unused broadcasting frequencies. More than 23 million Americans living in rural areas lack access to broadband and are being denied the educational, economic and even health-related opportunities provided by high-speed access to the internet, Smith said.

It’s not the first time the company has enlisted both its philanthropic arm and TV white spaces expertise to provide communities with broadband Internet.

In January 2016, CEO Satya Nadella announced that Microsoft Philanthropies would donate $1 billion in cloud computing resources over three years to 70,000 non-governmental organizations (NGOs) and nonprofits. “Microsoft is empowering mission-driven organizations around the planet with a donation of cloud computing services—the most transformative technologies of our generation,” said the Nadella in a statement at the time.

The cloud is of little use to communities that don’t have access to reliable access to the internet at broadband speeds, so the company is also addressing that need. After launching numerous TV white spaces pilot programs, including one in rural Kenya, Microsoft said it planned to have at least 20 such networks up and running by the end of 2017.