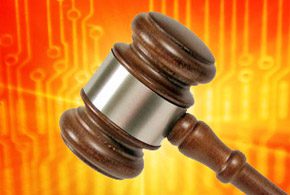 Over the past five years, there has been a 22 percent increase in the number of cloud-based IP lawsuits filed in the U.S., noted Brad Smith, president and chief legal officer at Microsoft, in a Feb. 8 blog post, based on research from Boston Consulting Group.

Meanwhile, non-practicing entities, or patent trolls as they are sometimes called, have been growing their troves of cloud patents by 35 percent.

“We will make 10,000 Microsoft patents available to customers that use Azure services for the sole purpose of enabling them to better defend themselves against patent lawsuits against their services that run on top of Azure,” Smith wrote. “These patents are broadly representative of Microsoft’s overall patent portfolio and are the result of years of cutting-edge innovation by our best engineers around the world.”

Of the 10,000 patents offered under the program, 7,500 are available now. The remainder will follow soon, according to Microsoft. In total, they represent a sizeable fraction of the company’s portfolio of an estimated 60,000 patents worldwide.

To be eligible for Patent Pick, customers must have spent an average of $1,000 in Azure services for the past three months. Other terms are detailed in the Microsoft Azure IP Advantage FAQ.

Finally, Microsoft is offering Springing Licenses under the program, aimed at protecting customers if the company’s patents are transferred to non-practicing entities. This ensures those patents are never asserted against users if such a transaction occurs. “We do not have a practice of making such transfers, but we have learned that this is an extra protection that many customers value,” Smith said.

Toymaker Mattel is banking on the new protections to help it avoid legal disputes.

“Mattel is a place of invention and imagination, and we aspire to spend as much of our time and energy creating as possible,” said Geoff Walker, executive vice president and chief strategic technology officer at Mattel, in a statement. “Azure IP Advantage will let us focus on innovating and transforming our business, not fighting patent lawsuits.”

Microsoft is offering Azure IP Advantage as a feature of Azure subscriptions. The patent defense and indemnity components are standard issue and the Springing License is automatically triggered when customers meet its requirements  (also $1,000 a month in Azure cloud usage for the past three months). The Patent Pick option is open to customers that elect to pursue it.