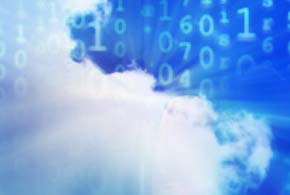 Microsoft Azure isn’t the only cloud that can run Windows Server Containers.

“We make it dramatically easier, the pricing is more predictable,” particularly for Atlantic.Net’s small and midsize business (SMB) customers, Marty Puranik, CEO of Atlantic.Net, told eWEEK. The company’s Windows Cloud Hosting plans start at $0.0208 per hour or $14 per month.

Microsoft provides a wealth of services and tooling for businesses to deploy containerized applications on the cloud, admitted Puranik. Yet many organizations lack the IT expertise required to successfully implement a container-enabled DevOps environment, which can slow deployments and rack up third-party consulting costs.

Striving to make cloud-based containers more attainable for organizations of all sizes, Atlantic.Net has dramatically simplified the process of deploying and managing Windows Server Containers and ensuring they meet compliance standards, Puranik said. “We make it easier to consume Microsoft products,” he added, likening Azure to Home Depot, which is a haven for do-it-yourself types but may prove bewildering for folks who just want a finished product.

“We take the base image [and] follow Microsoft’s path to installing it,” one of several preparatory steps his company takes to slash the time it takes for users to get up and running. “The server is ready in 30 seconds,” Puranik said. “Three or four minutes [later] and you’re using Docker.”

In the four years since it arrived on the scene, the Docker platform has become the poster child of the white-hot container microservices DevOps movement.

Enterprises and their application development teams are flocking to the technology for the flexibility and application portability benefits that container platforms provide. With containers—provided the management, orchestration and developer tools are up to snuff—businesses can establish agile DevOps environments that can respond faster to their changing application needs compared to traditional approaches.

Last September, Docker Inc. announced the general availability of Docker Engine on Windows Server 2016. Since Atlantic.Net announced Windows Server Container support on its cloud in late May, adoption has been brisk, reported Puranik, suggesting pent-up demand from practically all corners of the corporate world.

Puranik said his team is “seeing a lot of people turning it on and trying it out.” Production deployments are few and far between at this point, but much like the rest of his company’s solutions portfolio, he expects his company’s approach to Windows Containers will eventually fill “in a lot of the edge cases” that may never land on Microsoft Azure.

Not that that software giant seems to mind. “Atlantic.Net’s support for Windows Server Containers in their cloud platform brings additional choice and options for our joint customers in search of flexible and innovative cloud services,” Erin Chapple, general manager of Windows Server at Microsoft, said in a statement.