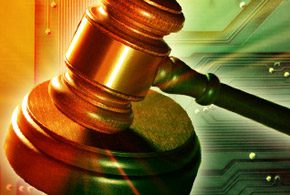 Nearly five years after the U.S. Federal Trade Commission controversially decided to close an antitrust investigation of Google, the company is facing another similar inquiry, but this time from a state, rather than a federal entity.

Missouri Attorney General Josh Hawley Nov. 13 announced his office has launched a formal investigation into Google’s business practices in the state. Hawley has issued Google an investigative subpoena seeking details on the company’s information collection practices and its behavior in a wide range of online activities.

“There is strong reason to believe that Google has not been acting with the best interest of Missourians in mind,” Hawley said. “My Office will not stand by and let private consumer information be jeopardized by industry giants, especially to pad their profits,” he noted.

In an emailed statement Google spokesman Patrick Lenihan said the company had not yet received Hawley’s subpoena. “However, we have strong privacy protections in place for our users and continue to operate in a highly competitive and dynamic environment,” Lenihan said.

Many of the practices that Hawley has said he intends to investigation are the same as those investigated or raised by other entities, most notable among them being European Union regulators.

Hawley’s antitrust investigation for instance will look at Google’s collection, use and sharing of information on the online activities of its users. In July, the Electronic Privacy Information Center (EPIC) filed a complaint with the Federal Trade Commission on this issue. The compliant alleged that Google was tracking in-store purchases and linking them back to individuals in potential violation of consumer privacy laws.

The Missouri AG will also examine whether Google misappropriated online content from other websites including those of its rivals. Yelp for instance claimed in September that Google was scraping photos of local businesses from its website and using them in its own search results. In a letter to the FTC, which was also mailed to the AGs of all 50 states, Yelp claimed the activity directly violated an agreement that Google had entered into with the FTC in 2013.

Hawley said that his office would also examine claims involving Google’s alleged manipulation of search results to favor its own websites over that of rivals. EU regulators have already fined Google a record $2.9 billion for such activity. In the EU’s case, the fine stemmed from complaints by several operators of online shopping sites who claimed that Google was robbing them of organic traffic to their sites by highlighting paid ads in product search results over more relevant results.

In the statement announcing the investigation Hawley focused on the vast amount of consumer information that Google either collects directly or to which it has access. This includes user location histories, cookie and search data, website browsing histories and the company’s rumored access to 70 percent of payment card transaction data in the US.

“When a company has access to as much consumer information as Google does, it’s my duty to ensure they are using it appropriately,” Hawley said. “I will not let Missouri consumers and businesses be exploited by industry giants.”

The investigation is another sign of the souring mood in the country and elsewhere against the major tech giants. Lawmakers and regulators spooked by the enormous power that companies such as Google, Facebook have acquired in recent years have begun voicing the need to curb their market power.

Only last week for instance, Sen. Al Franken (D-MN) said the time had come to apply net neutrality-like rules on Google and Facebook in particular to ensure proper protections for consumers and rivals.