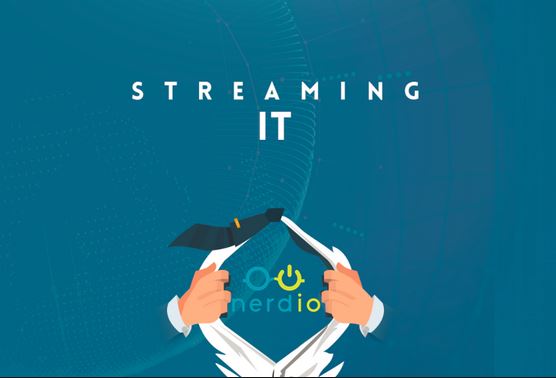 Virtual desktop infrastructure enthusiasts and naysayers alike need to gather around and hear what the whimsically-named but very IT-serious Nerdio is doing to make VDI great again: It’s streaming an entire enterprise set of IT apps using its VDI platform.

The Chicago-based company, which has more than a decade of experience providing managed IT services, made more news Jan. 19 when it announced that Windows Server 2016 and Windows 10 (emulated) are now available on its Nerdio VDI platform.

Users now can get immediate access to the latest version of the Windows server and desktop for virtualization at no extra cost.

This is only the latest addition to the wide-ranging set of applications that can be obtained using the Nerdio platform. “We are really soup to nuts; we can offer everything that a small to midsize business needs to run their IT, and on a per-user basis,” Nerdio CEO Vadim Vladimirskiy told eWEEK.

But what is it missing? “It’s missing their (a customer’s) line of business applications, which is the expertise of a vertically focused service provider; it’s missing their data, their users. But it (the platform) is built to take on all of that,” Vladimirskiy said.

Nerdio (“We’re all just nerds, so we thought the name was perfect description,” Vladimirskiy said) has a substantial amount of confidence in what it’s doing, because it is based on years of experience.

“We’ve been in business as a managed services provider for just over 10 years, and as a result we’ve really perfected IT as a service,” Vladimirskiy said. “ITaaS is basically a combination of other service components, with desktops at the core, with server virtualization, Office 365, security, backup and disaster recovery. So combining those fundamental IT components is what we’ve been doing over the last 10 or 11 years. We’ve done hundreds of these implementations for customers all over the world.

“What we’ve realized is that we can only go so far as a service provider ourselves, but that we could benefit our MSP and partner communities if we gave them a platform that they could use to deliver this kind of service to their clients.”

Has Built Own Provisioning Engine

Nerdio, which owns and runs its own cloud data centers, has built a provisioning engine that can stand up an entire enterprise environment containing all the above components and more — in an hour, or an hour and 15 minutes at the most, Vladimirskiy said. This is a task that used to take up to three weeks of full-time engineering work.

The VDI platform delivers an integrated IT environment, complete with unlimited virtual servers, virtual desktops, the complete Microsoft suite, security, and disaster recovery, Vladimirskiy said. Even with the availability of operating system upgrades, pricing remains the same; there are no additional costs involved in upgrading to Windows Server 2016 or Windows 10.

Nerdio’s pricing levels are $100/$150/$200/per month/per user, depending upon the level of service, Vladimirskiy said.

The platform enables a user to manage the entire environment from one portal and reach any application within three clicks, Vladimirskiy said. “This three-click philosophy lets our users manage the desktops, servers, Office 365–everything from a three-click approach,” he said.

Why Upgrade is Relatively Easy
Due to its flexible architecture, Nerdio makes an upgrade path relatively easy for users, enabling them to test new operating systems non-disruptively in a production environment before migrating all users. The new Windows version can be installed on a test desktop and assigned to a group of test users, who then have the option of logging into their existing desktops or the new version and can also switch between the two easily.

Test users can run the new operating system against existing data and applications, in order to identify any issues and notify the IT team of components that need to be updated or fixed. Most importantly, users can always log into their original desktops without losing any work.
For more information, go here.